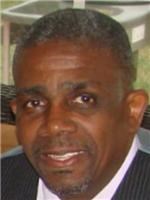 My thoughts and prayers are with you during this time. May God strengthen you and your family.
Trenise Veal - St. Aime
February 12, 2014
I Love You Ray...Rest In Peace...God only picks the best for his garden.
Theresa Lee
February 12, 2014
Sorry for your lost may he rest in peace
Gladys Kinchen
February 8, 2014
May God continue to bless the entire warner family, the warner ' s were great neighbors and friends during my childhood and some of my adult life it's never easy losing a love one may God continue to touch your hearts and may you cherish the moments Mr.ray was with you all until you see him again.
Charlene& John Benton(old neighbor)
February 8, 2014
R.I.P. Ray. You will be truly missed.
- Ronda S. Ntirugelegwa
T-Stable Riders
February 8, 2014
Rest in peace Cousin Ray. We will always remember your love and concern for Madear. Say hello to her and the rest of your loving family. You will truly be missed. Family, God will sustain you today and the days to come. May cherished memories bring you peace.
The Jones Family
Beverly Jones-Carter
February 8, 2014
In loving memory and sincere sympathy to the family. May God sustain and comfort you.
The Zion City School Reunion Steering Committee
S. Banks, President
B Carter
February 8, 2014
As the days and weeks pass, and as you return to life's routine, may you continue to feel comforted by the love and support of family and friends.
MR AND MRS ALTON R BRYER
February 7, 2014
Marilyn and family.Hold on to Gods unchanging hands. He will give u strength in your time of sorrow and always.
Pearlene Hall
February 7, 2014
God took you in his arms
He saw you needed rest
His garden must be beautiful
For he only takes the best
"May the peace of The Lord be with Your Family Especially at this time of bereavement"
Darlene L. Harrell and Family
February 7, 2014
RIP my friend, worked with Ray many years was a great guy. Prayers for family in time of grief.
February 7, 2014
May he rest in eternal peace. He was a person that I've know for a long time. He was a Christian, family man, hard-worker and good friend. I was blessed to know him and his family.
Carolyn and Frank Newport and Family
February 7, 2014
As He Promised, He Will Do
John 14:1-4 “Let not your hearts be troubled. Believe in God; believe also in me. In my Father's house are many rooms. If it were not so, would I have told you that I go to prepare a place for you? And if I go and prepare a place for you, I will come again and will take you to myself, that where I am you may be also. And you know the way to where I am going.”
Ben and Ava White, Sheila and Cavarius Jarrels
February 7, 2014
Lansley Davis Dixon
February 7, 2014
"Blessed are they that mourn; for they shall be comforted". To the Warner Family-May the peace of God that surpasses all understanding, comfort you in your time of sorrow. You will remain in our hearts and prayers.
Russell and Barbara Patton and Family
February 7, 2014
May God Bless and keep you all in your time of Bereavement. Know that God is in control and your best days are still yet to come while you celebrate this homegoing. :From the Shavers Family: (Shelton Lamar)
Shelton Lamar
February 7, 2014
May God bless you and your family in this time of sorrow.
Gloria Wilson White
February 7, 2014
May God bless you and your family in this time of sorrow.
rita douglas
February 7, 2014
God will Strengthen You through this time. May God Bless You and the Family.
Brenda White
February 7, 2014
As the Lord welcomes your loved one home to perfect peace, may He also comfort you and lead you through your sorrow.Home at last, welcoming him with a smile into the everlasting joy and peace that is His love.
Robert & Cassandra Lyons
February 7, 2014
In loving memory of a wonderful person and father, you will be loved and missed always.

To Caleb and his siblings, take comfort in knowing you have a special angel watching over you.
Sally wilson
February 7, 2014
Praying that you are surrounded by God's comforting love and filled with the peace that only God can give. You're in our thoughts and prayers during this difficult time.
Alvin and Gloria Hulbert, Sr.
February 7, 2014
We will definitely miss you "Uncle Ray" and those BBQ Ribs..lol!

You ALWAYS brought a smile to our faces. You were FAMILY. God bless the entire Warner family. Earth has no sorrow that heaven can't heal. Stay strong Caleb!