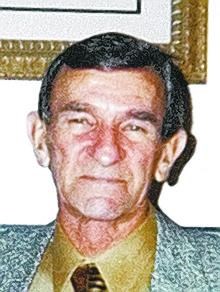 FUNERAL HOME
Landry's Funeral Home - Napoleonville
315 Franklin St
Napoleonville, LA
Bonnie J Blanchard, native of Napoleonville and resident at St. Joseph Manor in Thibodaux passed away on Saturday, Nov 20, 2021. He was 91 years old. Bonnies service will be held on Wednesday November 24th 2021 at St.Anne Catholic Church in Napoleonville La., visitation will be held from 9am to 11am followed by Mass of Christian Burial at St.Anne Cemetery. Bonnie was born in Tallieu, La. which is just north of Labadieville on 11-25-29. He is survived by a son, Kenny Blanchard and wife Susan, a daughter Linda Boudreaux and husband Robert; grandson Brian, Justin, Charles and Troy Blanchard; three great grandchildren; Caleb, Kelsi and Jace Blanchard; Brothers; Jimmie and Ronnie Blanchard and a sister Alice Sternfels; also numerous nephews, nieces and friends. He was preceded in death by his parents, Abby and Cora Blanchard, his wife of 58 years Genevieve "Jenny" Blanchard, a son Brian Blanchard, a granddaughter Leslie Guedry, a brother Hayward Blanchard, and a sister Lilly Blanchard. He was a US Army veteran who served during the Korean war. He was a retired Texaco employee with 33 years of service. He was a man of many talents; a good husband and father. The family would like to thank the doctors and staff of Thibodaux Regional for the excellent health care provided. Also a special thanks to the staff and caregivers of St. Joseph Manor who didn't just provide a place for him to live but treated him like a part of their family. In lieu of flowers please make a donation to St.Judes Childrens Hospital. Online condolences can be given at www.landrysfuneralhome.com. Landry's Funeral Home, Inc. is in charge of arrangements.

Published by The Advocate from Nov. 22 to Nov. 24, 2021.
To plant trees in memory, please visit the Sympathy Store.
MEMORIAL EVENTS
To offer your sympathy during this difficult time, you can now have memorial trees planted in a National Forest in memory of your loved one.
Funeral services provided by:
Landry's Funeral Home - Napoleonville
MAKE A DONATION
MEMORIES & CONDOLENCES
2 Entries
Offering my prayers and condolences to the Blanchard family. Bonnie was my first supervisor after being employed by Texaco in 1977. He was fair to all and did not mind sharing his wealth of knowledge in terms of oil/gas production to anyone willing to listen. May he rest in peace and God bless you all!!
Richard Berard
Work
November 24, 2021
Kenny and Linda, I was sorry to hear of the passing of your father. My prayers are with you and your family.
Len Guedry
November 22, 2021
Showing 1 - 2 of 2 results