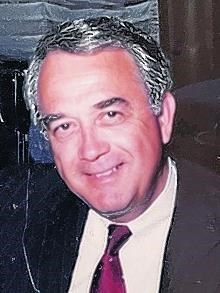 BORN
1936
DIED
2022
Ramon V. Jarrell passed away peacefully from a lengthy battle with Alzheimer's on January 14th, 2022. Ramon was born on September 12th, 1936 in Bogalusa, LA. Proceeded in death by his parents Wiley R. Jarrell and his mother Leona Bennett Jarrell Fortenberry. Survived by his wife of 67 years, Charlotte Janice "Niecy" Adcock Jarrell, his children Glen R. Jarrell and wife Nona, Terri Jarrell Hornsby and husband Dr. Charles Grady Hornsby Jr., Brent Jarrell, Lynda Jarrell and Ramon B. Jarrell. Twelve grandchildren, Christin, Beau, Jordan, Jarrell, Terryn, Anna Charlotte, Lynda, Stevie Rae, Cassidy, and Niecy. Two step grandchildren Charlie, Laurin and thirteen great grandchildren. At seventeen, he joined the United States Marine Corps and upon discharge attended Louisiana State University and was later a participant of Harvard Business School. He started his career with a general insurance agency and owned an insurance brokerage firm. He developed the first mini warehouses in Baton Rouge. He manufactured bomb casings in the Vietnam war. He was co-owner and helped start Channel 33 in Baton Rouge and Channel 16 in Jackson, Mississippi. He developed properties, such as condominiums, offices, golf courses, and commercial properties. He was President and Chairman of a data processing firm which was a publicly held company beginning in 1969 with offices nationwide. He was actively involved in various construction companies involving industrial work, sugar mills, residential and commercial projects, and restoration of buildings nationwide, as an owner, consultant, partner, or director. He was a board member of various banks, a 33rd Degree Mason, a member of the Krewe of Bacchus for fifty years, and a member of the Iron Warriors Motorcycle Club. In lieu of flowers, please donate to the Alzheimer's Association. Due to covid, there will be a Celebration of Life at a later date.

Published by The Advocate from Jan. 14 to Jan. 16, 2022.
To plant trees in memory, please visit the Sympathy Store.
MEMORIAL EVENTS
To offer your sympathy during this difficult time, you can now have memorial trees planted in a National Forest in memory of your loved one.
MAKE A DONATION
Please consider a donation as requested by the family.
MEMORIES & CONDOLENCES
1 Entry
My heart and prayers are with you all. He was a great man.
Wendy Kern
January 15, 2022
Showing 1 - 1 of 1 results