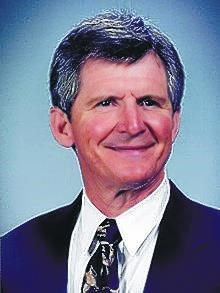 BORN
1939
DIED
2021
ABOUT
Redemptorist High School
FUNERAL HOME
Rabenhorst Funeral Home & Crematory East
11000 Florida Boulevard
Baton Rouge, LA
Thomas W. Landry, age 82, native of Baton Rouge and resident of Livingston, La. passed away on Thursday, October 14, 2021 at the Hospice of Baton Rouge Butterfly Wing surrounded by his loving wife, children and grandchildren. He was preceded in death by his parents, Lazard and Ida Landry, brothers, Ronald Landry and John Landry and his precious granddaughter, Olivia Grace Bell. Tommy is survived by his beloved wife of 62 years, Marlyn Haddox Landry. He is survived by his siblings, Lorraine Landry, Mabel Malone, Pat Landry and Judy Nelms.Tommy and Marlyn raised, shaped and blessed the lives of their children, Karen Paschal, (Butch), Donna Mauroner, (Louis), Tommy Landry, (Susan) and Stacie Bell, (Johnny). Tommy was a loving father in law and shared close relationships with the spouses of his children and grandchildren. Tommy, loving known as Poppy, was deeply involved and adored by his 18 grandchildren, Claire, Benjamin, Laura, Andrew, Tyler, Nathaneal, Spencer, Samuel, Joseph, Camille, Ruth, Jack, Abigail, Noah, Nick, Myla, Landon and Christian. To his credit, each grandchild thought they were his favorite. His grandchildren were so thankful that Poppy was able to continue his loving stewardship to nine great grandchildren, Ty, Addie, Meri, Audrey, Shawn, Lillian, Kian, Luke, and Annie Beth. Tommy was a 1957 graduate of Redemptorist High School and was part of the first class to attend 12 years at Redemptorist where he played football and boxed. He met his wife, Marlyn, who was a student at Istrouma High school, at a dance where they fell in love doing what they both did so well, which was dance. They spent many happy years in a dance club with beloved friends and their children remember learning to jitterbug in the kitchen with their parents. Tommy was well known throughout the Baton Rouge community for his love of coaching sports and mentoring young men in baseball, basketball and football. He had a lifelong passion for LSU sports and was an avid Astros fan and enjoyed attending games and sharing that love with his family. Tommy was in supervision at the Baton Rouge Ethel/Albemarle Plant spending most of his working years in that capacity. He and Marlyn retired to a beautiful property in Livingston where Tommy spent many happy years immaculately grooming his acreage on a tractor and driving his grandchildren and great grandchildren on a golf cart along the trails he made. He and Marlyn were long time active members of Park Forest Baptist Church until they retired to Livingston. Tommy had a deep love of Marlyn's family and shared a special bond with his brother-in-law, Bobby Haddox. The family would like to extend a special thanks to Hospice of Baton Rouge and their home hospice nurse, Julie as well as the staff of the Butterfly Wing at Hospice of Baton Rouge. Visiting hours will take place at Rabenhorst East on Saturday, October 23, 2021 from 10 am untill services at 12 noon.

Published by The Advocate from Oct. 18 to Oct. 23, 2021.
To plant trees in memory, please visit the Sympathy Store.
MEMORIAL EVENTS
Oct
23
Visitation
10:00a.m. - 12:00p.m.
Rabenhorst Funeral Home & Crematory East
11000 Florida Boulevard, Baton Rouge, LA
Oct
23
Service
12:00p.m.
Rabenhorst Funeral Home & Crematory East
11000 Florida Boulevard, Baton Rouge, LA
Funeral services provided by:
Rabenhorst Funeral Home & Crematory East
MAKE A DONATION
MEMORIES & CONDOLENCES
3 Entries
I worked with Tom at Ethyl/Albemarle and considered Tom not only a coworker but a friend. He was one of the best manufacturing supervisors I had the opportunity to be associated with. God got a good one.
Joseph Bossier
Work
October 21, 2021
The Pourciau family was so saddened to hear of the loss of your beloved, Tommy. Although we have not seen you all in many years, the wonderful memories will last forever. The baseball and basketball memories for our boys. The fun trips to Florida for the girls. The awesome two weeks in Branson, Mo.,@ the Sho-Me Baseball Camp. Who can forget the singing and dancing around the campfire. Our prayers are with you all. Sent with love, Gene and Glenda Pourciau
Glenda Pourciau
October 21, 2021
So sorry to hear about Tom passing. I have many fond memories of working in the MDU with Tom and the crew. He was a great person to know. My prayers and condolences to the family.
Peggy Matherne
Work
October 20, 2021
Showing 1 - 3 of 3 results