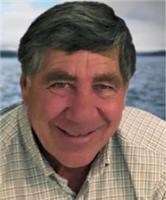 BORN
1957
DIED
2020
Marvin John Sylakowski, 62, peacefully passed away at home on October 27, 2020 after a valiant battle with cancer. He was born December 10, 1957, in Detroit Michigan, the son of Marvin Joseph and Margaret Mary (Mrsan) Sylakowski.
Marvin graduated from El Capitan High School in 1977 and furthered his education to become a Licensed Land Surveyor. He married his soulmate, Robin Hutchins, and settled shortly thereafter in Alpine. CA. They celebrated their 37th Anniversary in June 2020. They have two children. Michael Sylakowski of Ocean Beach, CA and Kara Sylakowski of New York City, New York.
Marvin's career in Surveying provided him with many opportunities, with the last 13 years spent as a Supervising Land Surveyor for the San Diego County Water Authority. Marv worked in the private sector for several years and was part of design and construction teams that built many major public works projects within the San Diego region He was an active member of the California Land Surveyors Association, and the Board for Professional Land Surveyors. For many years he was a tireless volunteer for Boy Scout Troop 105 in Alpine. He enjoyed motorcycle riding and fishing in his spare time.
Marvin was predeceased by his parents. Surviving, in addition to his wife and children, are his sister Mary Pelley and her husband, Mark of Payson, Arizona and brother William (Bill) Sylakowski and his wife Jill (Tywman) of Escondido, California, as well as many nieces and nephews.
A Memorial picnic will be scheduled in the spring due to COVID restrictions.
Published by The Alpine Sun from Nov. 13 to Nov. 14, 2020.
To plant trees in memory, please visit the Sympathy Store.
MEMORIAL EVENTS
To offer your sympathy during this difficult time, you can now have memorial trees planted in a National Forest in memory of your loved one.
MAKE A DONATION
MEMORIES & CONDOLENCES
1 Entry
I am so sorry for the sad loss of your loved one. May the God of comfort and tender mercies be with you and your family during this difficult period.
J
July 31, 2021
Showing 1 - 1 of 1 results