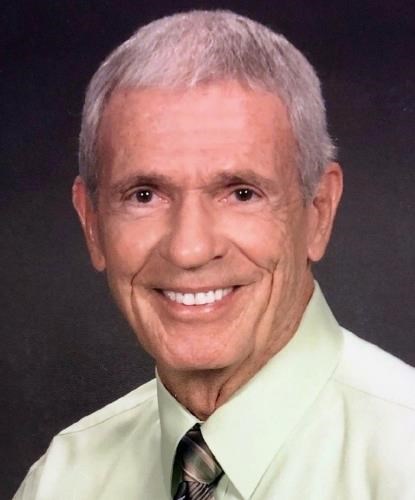 Charles Alfred Booth, 85, of Brunswick, Georgia, entered into Heaven's gates Sunday, June 13, 2021. He was born in LaGrange, Kentucky, the son of the late Charles Arnold Booth and the late Margaret Frances Booth.

Charles was a graduate of Eastern High School and later in life he earned his associate degree from College of Coastal Georgia. After high school, he served his country with honors as a Command Master Chief in the United States Navy. Then, after 23 years of dedicated service to our country, he gained employment and retired with the Southwest Florida Water Management District. He resided in Brunswick since 1970, and was an active member of Lakeside United Methodist Church. Charles was a member of the Men's Sunday School Class, was the head usher and served on several church committees. He was also a member of the Elks Club and the National Rifle Association. He was very adamant about his horses and love to dance. He enjoyed square dancing and was a member of the Shag Club of Brunswick. Later in his life, one of his fondest memories was the Honor Flight to Washington, D.C., where he displayed some of his dancing talent. He will be missed by all who knew and loved him.

Left to cherish his memories are his two sons, Kevin Michael Booth together with his wife, Lisa, of Eastman, Georgia, and James Daniel Booth together with his wife, Belinda, of Decatur, Alabama; one sister, Linda Butler along with Ann Butler Morgan of Terrell, Texas. Eight grandchildren; 13-great-grandchildren; and several nieces and nephews also survive.

The funeral service will be held at 11 a.m. Monday, June 21, 2021, at Lakeside United Methodist Church, with Brother Don Combs officiating.

Burial, with military honors, will follow at 3 p.m. in Glennville Veterans Memorial Cemetery. Serving as active pallbearers during the service will be members of the Lakeside United Methodist Church Men's Sunday School Class.

Memorial contributions may be made to Lakeside United Methodist Church Memorial Fund.

Edo Miller and Sons is in charge of the arrangements. You may sign the register book and leave condolences for the family at www.edomillerandsons.com.