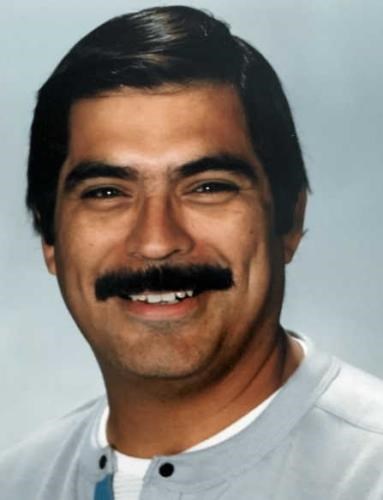 Dimas Diaz, 77, of Brunswick, Georgia, peacefully passed away on Aug. 26, 2021, at the Fernandina Beach Rehab and Nursing Facility in Florida.

Upon graduating from seminary, he became the pastor at First Baptist Church in Darien, Georgia. After leaving the ministry, he remarried on May 22, 1982, to his second wife, Martha Dennis Hawthorne, and gained three sons, William Edward, Michael Dennis and Joseph Jackson Hawthorne.

Dimas had a deep love for his family, friends, community and the Dallas Cowboys. He will be greatly missed by all who were fortunate to have known him.

He is predeceased by his parents and his eldest brother, David Jr.

He is survived by his wife, Martha Dennis Diaz; his brother, Hector Diaz; his four sons, William, Michael, and Joseph Hawthorne, and Cillian Diaz Greene, from a previous marriage; as well as his seven grandchildren, six great-grandchildren; and one great-great-grandchild.

A private will be held at Brunswick Memorial Park Funeral Home.

In lieu of flowers, please donate to alz.org for Alzheimer's research.

The Brunswick News, September 2, 2021
Published by The Brunswick News on Sep. 2, 2021.
To plant trees in memory, please visit the Sympathy Store.
MEMORIAL EVENTS
To offer your sympathy during this difficult time, you can now have memorial trees planted in a National Forest in memory of your loved one.
Funeral services provided by:
Brunswick Memorial Park Funeral Home
MAKE A DONATION
Please consider a donation as requested by the family.
MEMORIES & CONDOLENCES
Sponsored by Brunswick Memorial Park Funeral Home.
12 Entries
My deepest sympathy to you and family in the loss of such a great man. I was a teacher at BHS and was one of the sponsors for the Future Business Leaders of America. Dimas and Dennis opened their beautiful home at Christmas so our club could come and celebrate with them. They never worried about having so many kids in their home, and I know there were many kids who thoroughly enjoyed those visits. I will be forever grateful for those acts of kindness. RIP my friend.
Faye Doke
September 7, 2021
I´m so sorry to hear about Mr. Diaz. I could not have asked for a better person to work for. Mr. Diaz will be truly missed by many including myself.
Judy Oglesby
Work
September 3, 2021
Dimes was a very happy and comical guy. He and I counseled many students together at BHS and he helped me and many students!! He truly loves his job and touched many lives, including mine!! He will be missed!!
Ralph Gornto
School
September 3, 2021
Mr. Diaz was the reason I left Brunswick, GA to attend college in Atlanta. He was always willing to help. He also graced the class of 2003 at our 10 year reunion. He was a very special guy.
Nicole Ransom
School
September 3, 2021
He was my Preacher and my friend. He made a difference in each and every person he met. He was the real deal. He lived Christ by example. What a blessing he was to me.
Lewis Strickland
Friend
September 3, 2021
I met Dimas when he was the Pastor at First Baptist in Darien. Many years later I had the pleasure of working with him at BHS. He always had positive things to say and he always made me laugh. He was a good man and he loved his family.
Janean McCann
September 2, 2021
Dimas was such a blessing to many, my family included. I will never forget his helpfulness and his caring nature.
Nancy H Alford
Friend
September 2, 2021
I am still grieving for Dimas. I miss his keen sense of humor and infectious laugh. When I think of Dimas, in my mind he is always smiling. We were always teasing each other, as I was a big fan of the Green Bay Packers and he was a big. big fan of the Dallas Cowboys. We were more than coworkers and counselors at Brunswick High School. I deeply regret that I have not seen him since 2014 when I moved to Alaska, truly the Last Frontier.
Mike Hidek
September 2, 2021
I knew Dimas when he worked at Ft. Baptist in Darien, Ga. A friend and I attended his wedding to Dennis when they married in 1982. He indeed was a warm and gentle soul. He touched many lives in his lifetime and will greatly be missed.
Faye Cowart
September 2, 2021
Mr. Diaz meant so much to so many people, including me. He was our guidance counselor at BHS and always had the best advice on anything. He was one of the kindest people that I´ve met in my life. After I graduated I would see him every once in awhile in public and he would always make sure to speak to me, always smiling and full of happiness. I´m so sorry for you loss. He was a wonderful human being and changed the lives of many for the better. RIP Mr. Diaz. Class of 2001
Sheila Bishop
School
September 2, 2021
Mr. Diaz will never know how many lives he touched in a positive way during his time at Brunswick High School.
Landon Nelson
School
September 2, 2021
I am so saddened to hear this news. Mr. Diaz is a wonderful and kind man. He was my guidance counselor at Brunswick High 2003-2007 and I loved him dearly. His wife is also such a sweet soul. I was able to meet her because Mr. Diaz was also in charge of Future Business Leaders of America club at BHS where he would host Christmas parties at his home. He will be missed but not forgotten.
Johna Taylor
School
September 2, 2021
Showing 1 - 12 of 12 results