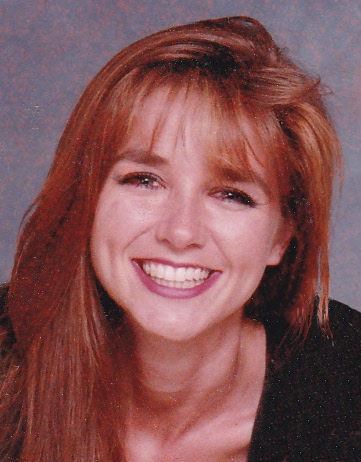 Beverly Jean Stewart left this earthly existence on Oct. 28, 2021, in Rosamond, California. She was born March 8, 1968, in Little Rock, Arkansas, to parents Joe and Erma Stewart. She was 53 years old.

Beverly grew up in Conway, Arkansas, and was a graduate of Conway High School. She then attended University of Central Arkansas and Pulaski Technical College. She enjoyed a successful career as an Aerospace designer and engineer, of which she was quite proud. Beverly started her career at Dassault Falcon Jet in Little Rock, and then went on to work at Bell Helicopter and Lockheed Martin in Ft. Worth, TX; Spirit Aerosystems and Nordam in Tulsa, OK; Gulfstream Aerospace in Savannah, GA; and The Spaceship Company in Mojave, CA.

Beverly was truly a free spirit; so adventurous, so fun to be with and so funny. When she set her mind to something, there was nothing that could stop her from accomplishing her goals. She had the kindest of hearts and the bravest of souls. She was generous to a fault and would give anything to friends and family, as well as to people on the street in need, no questions asked. She had a great love and compassion for animals, often "adopting" the wildlife that lived around her, and would always come to the rescue if she encountered a sick or injured animal. Beverly was a wonderful and caring sister and daughter, and a beloved friend to many. She will be missed greatly by all who knew her. The world is a little less bright without Beverly's light.

Memorial Service TBA. If you would like to make a contribution, please donate to an animal charity of your choice in Beverly's memory.

Published by Log Cabin Democrat from Nov. 10 to Nov. 12, 2021.
To plant trees in memory, please visit the Sympathy Store.
MEMORIAL EVENTS
To offer your sympathy during this difficult time, you can now have memorial trees planted in a National Forest in memory of your loved one.
MAKE A DONATION
Please consider a donation as requested by the family.
MEMORIES & CONDOLENCES
Sponsored by TheCabin.net.
2 Entries
Grew up living close to her. Went all through school with her and later worked with her and her Sister Brenda. Great people and will def cherish memories of them both.
Todd Wilson
Friend
November 15, 2021
My heart is breaking at the hearing of this news. My wife and I extend our sympathies to Beverly's family, friends, and acquaintances. Beverly was truly a beautiful person with a beautiful soul. I grieve for her knowing that she is too young to leave us and I will miss what she added to our lives. May God give her family peace knowing that she is still lives in our hearts and minds.
Jeff and Janet Pickels
Friend
November 15, 2021
Showing 1 - 2 of 2 results