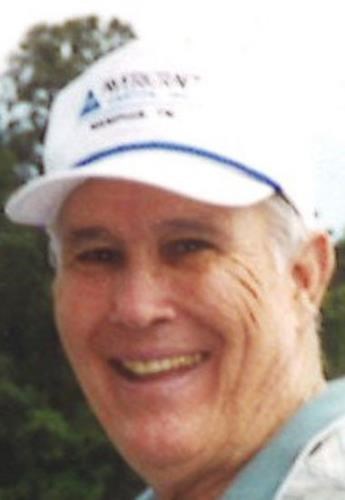 Bob was preceded in death by his wife of 57 years, Barbara B. Hailey.

Bob (also affectionately known as "Tuck") attended and played football at SMU. He was a veteran of the United States Navy, a lifelong Methodist and a member of the First United Methodist Church in Conway. He was an avid golfer and outdoorsman.

A graveside service will be held at 11 a.m. on Saturday, Sept. 25, 2021, at Crestlawn Memorial Park in Conway. Pastor Michael Roberts of First United Methodist Church will preside.

In lieu of flowers, memorials may be made to the Alzheimer's Association or your favorite organization.

Published by Log Cabin Democrat on Sep. 21, 2021.
To plant trees in memory, please visit the Sympathy Store.
MEMORIAL EVENTS
Sep
25
Graveside service
11:00a.m.
Crestlawn Memorial Park
Conway, AR
MAKE A DONATION
Please consider a donation as requested by the family.
MEMORIES & CONDOLENCES
Sponsored by TheCabin.net.
1 Entry
Sincerest condolences for your loss. May precious memories of your dear loved one, along with encouraging words such as those found at John 11: 25,26 be of comfort to your family.
Cherry
September 18, 2021
Showing 1 - 1 of 1 results