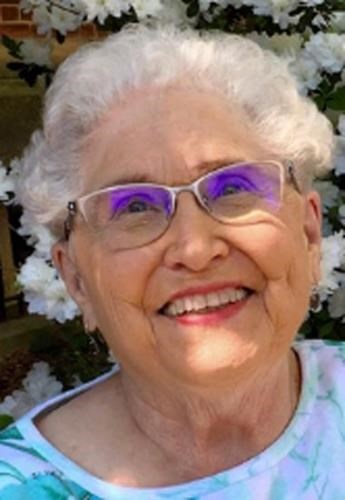 Evelyn graduated from the University of Arkansas, Fayetteville in 1951, and the University of Arkansas School for Medical Sciences at Little Rock in 1955. She was one of six women in her class. She completed a general practice residency and had a career spanning 26 years with the Veterans Administration (VA) Hospitals in Fayetteville and Little Rock. She was the first female doctor at the Fayetteville VA, but recruited two others during her tenure. She cared for the Fayetteville VA's first AIDS patients at a time when her colleagues refused to provide treatment because of the stigma of AIDS and the uncertainty at the time of how AIDS was contracted. In 1984 she was nominated by her patients and received the Hands and Heart Award which recognizes VA employees whose dedication to Veterans is marked by the highest standards in patient care. She retired on Aug. 17, 1993. Evelyn was an ordained elder of the Presbyterian Church, a Sunday school teacher and an Altrusan.

Evelyn was proudest of her children, grandchildren and great grandchildren, of being a good doctor, of being an Elder in the Presbyterian Church and of being a person who always believed in equality for all, regardless of race, gender or orientation.

She is preceded in death by her parents, Charley and Mary Robinson; her brother, Charley Robinson, Jr.; and her sister Mary Shell.

A celebration of her life will be held in the spring of 2022. Evelyn loved her canine companions and memorials in her memory can be made to your local animal shelter or rescue organization.

Published by Log Cabin Democrat on Nov. 23, 2021.
To plant trees in memory, please visit the Sympathy Store.
MEMORIAL EVENTS
To offer your sympathy during this difficult time, you can now have memorial trees planted in a National Forest in memory of your loved one.
MAKE A DONATION
MEMORIES & CONDOLENCES
Sponsored by TheCabin.net.
0 Entries
Be the first to post a memory or condolences.