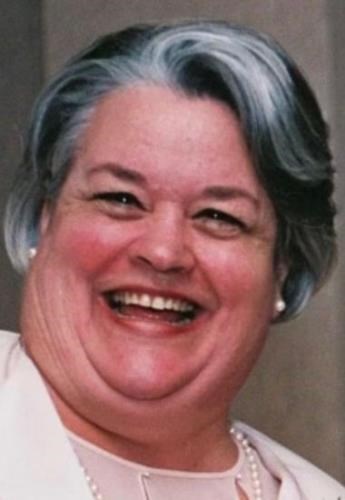 Jean Ann Hill Churchill, age 71, of Dickson, Tenn. died on Sept. 8, 2021, in Dickson. She was the daughter of the late William Byron Hill and the late Mary Alice Carmichael Hill of Little Rock

She is preceded in death by her husband, John Hugh Churchill, also of Dickson; and her sister, Carla Jane Boerman of Pleasanton, Calif.

Born Sept. 10, 1949, in Muskogee, Okla., she moved to Little Rock with her family in 1962 next door, fatefully, to her eventual husband of 47 years. She attended Hall High School, where she became well known for the vibrant personality that would become her enduring trademark. Married in 1972, the Churchills lived in Oxford, England and New Haven, Conn., before making their home in Conway.

In Conway, Jean held positions in early childhood education and was an active member of the First United Methodist Church and several service organizations, including P.E.O. There, Jean was supported by a veritable sisterhood of extraordinary friends and was the heart of an active household brimming with laughter and mischief--much of which she instigated. She was "Momma Jean" to everyone who walked through her door.

In 2001, Jean and John moved to Washington, D.C., living--and Jean working--at the Kennedy-Warren, an art-deco building next to the National Zoo. There she reprised her nurturing habits, opening her heart and home to seemingly everyone. On any trip to the Churchills' Kennedy-Warren apartment, one was likely to find an unlikely assemblage of people – an architectural historian, the building concierge, and the neighborhood butcher perhaps – all enjoying a gin and tonic at Jean's invitation. The Churchills' final years were spent in Dickson, Tenn., where Jean entertained grandchildren, hosted friends, admired birds, scored the games of her beloved Washington Nationals and honed her near encyclopedic knowledge of movies from Hollywood's Golden Age.

An outdoor graveside ceremony will be held at 1 p.m. on Saturday, Sept. 18, 2021, at Walnut Grove Cemetery, east of Hector.

In lieu of flowers, memorials should be directed to Hendrix College (in honor of John and Jean Churchill Memorial Projects) via https://www.hendrix.edu/makeagift/ or mailed to 1600 Washington Ave., Conway, AR, 72032.

Published by Log Cabin Democrat on Sep. 14, 2021.
To plant trees in memory, please visit the Sympathy Store.
MEMORIAL EVENTS
Sep
18
Graveside service
1:00p.m.
Walnut Grove Cemetery
600 Walnut Grove Rd, Hector, AR
Funeral services provided by:
Taylor Funeral Home
MAKE A DONATION
MEMORIES & CONDOLENCES
Sponsored by TheCabin.net.
3 Entries
Mama Jean was my patient and she was so loving and sweet. I hate to hear of her passing. She will greatly missed. My condolences to the family.
Chiquita B
Chiquita
Acquaintance
September 20, 2021
Offering our deepest condolences during this difficult time.
Humphrey Funeral Services, Inc.
September 16, 2021
So sorry to hear of your mother's passing. You & your family is in our thoughts & prayers.
Ronnie Brewer
September 14, 2021
Showing 1 - 3 of 3 results