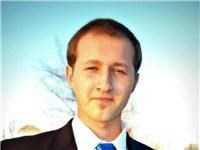 BORN
1992
DIED
2014
FUNERAL HOME
Roller-McNutt Funeral Home
115 S Broadview St
Greenbrier, AR
Jeremiah Kingdon Hackler, 22, of Enola, Ark., passed away on Sept. 24, 2014.
He was born on June 19, 1992, in Fayetteville, Ark., to James Christopher Hackler and Kathleen Patty Hamilton Hackler.
He was a student of history. Jeremiah looked forward to earning a college degree in that field. He also had a desire to serve the public and recently spent time working as a Correctional Officer for the Faulkner County Sheriff's Office. Jeremiah had a wish to continue his career aspirations of working in Law Enforcement. He also enjoyed taking care of the elderly.
Jeremiah was a Christian and a member of the Baptist Church. He was a childhood cancer survivor and patient at St. Jude Children's Hospital. He had a love for music and he enjoyed singing and playing the guitar.
He was preceded in death by one brother, Josiah Hackler; and his grandmother, Mary Hamilton.
Jeremiah is survived by his wife, Jennifer Hackler; one son, Michael Alexander Hackler; his parents, James Christopher Hackler and Kathleen Patty Hamilton Hackler of Enola; four sisters, Mary, Hannah, Rachel, and Abigail; three brothers, Samuel, Benjamin and Levi Hackler; and grandparents, James and Jewell Hackler of Enola, and Bill Hamilton of Prairie Grove. He is also survived by numerous aunts, uncles, cousins and many friends.
Funeral services will be held at 2 p.m. on Sunday, Sept. 28, 2014, at Marcus Hill Baptist Church in Enola.
A visitation will be held from 5-8 p.m. on Saturday, Sept. 27, 2014, at Roller-McNutt Funeral Home in Greenbrier.
Online guest book: www.rollerfuneralhomes.com

Published by Log Cabin Democrat from Sep. 26 to Oct. 3, 2014.
To plant trees in memory, please visit the Sympathy Store.
MEMORIAL EVENTS
To offer your sympathy during this difficult time, you can now have memorial trees planted in a National Forest in memory of your loved one.
Funeral services provided by:
Roller-McNutt Funeral Home
MAKE A DONATION
MEMORIES & CONDOLENCES
8 Entries
All our prayers are with you & your family Chris.
God bless you all,
Allen Cox & family
Allen cox
October 17, 2014
Chris and patty, I am so sorry for your loss. I haven't heard from you all in years. We were with you when you lost Josiah. I hope you remember us. Chuck, Linda, Jennifer, Andrea, And Chris Arnold. I am praying for your family. Would like to hear from you sometime. Think of you guys often. My name has changed. Chuck and I divorced in 2008.
linda Ungaro
October 2, 2014
Patty and Family, I am so sorry for your loss. You are all in our prayers, from Odessa's kids and grandchildren.
Barb Shipes and family
barb shipes
October 1, 2014
Deep sympathy and prayers
londa and kids
September 27, 2014
Mary, my thoughts & prayers are with you & your family. May God's peace be with each of you during this tragic time.
Amy Strackbein
September 27, 2014
Jim and Jewell, we love you two and pray Our LORD' GRACE to be strong in your life during this time of lost and Jim for your complete healing, We have you in our prayers and thoughts constantly. We both know that our LORD is the great physician-He knows all.
Paul and Carol Wilcox
September 27, 2014
Jim & Jewel so sorry to hear of your loss. Keeping your family in prayers.
Dianne Harper
September 27, 2014
Jeremiah was a Christian mentor to my daughter.He always had some historical fact or story to share with her. He made an impact on her and will not be forgotten. We will pray for your family. We are so very sorry.
Saba & Aneesia Harris
September 27, 2014
Showing 1 - 8 of 8 results