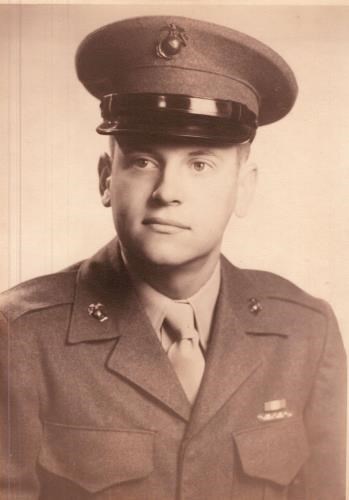 After graduating from Hot Springs High School in 1954, he joined the United States Marine Corps, serving in South Korea and Okinawa. After his service, he was employed by Northeast Airlines as a flight dispatcher in Miami, where he met his future wife, Nancy Lyseth. They were married on April 20, 1961, and lived in Miami for a few years before returning to his home state to live. He worked at the KCON radio station in Conway, and in 1968 began his career as a sound engineer at Arkansas Educational Television Network, where he worked for 31 years until retirement in 1999.

Jimmy had respect for the Natural State's beauty and history, which he passed on to his daughters. He enjoyed camping, fishing, and old movies. He had a passion for genealogy and flying model airplanes, and was an amateur radio enthusiast.

Jimmy is survived by his wife of 60 years, Nancy Higgins; their two daughters, Janice (Thomas) Holt and Linda Thrasher; and by grandchildren, Jordan and Savannah Thrasher.

Graveside service will be held at 10 a.m. Thursday, Dec. 2 at Crestlawn Memorial Park in Conway. Donations may be made to The Michael J. Fox Foundation for Parkinson's Research or to any veteran's charity.