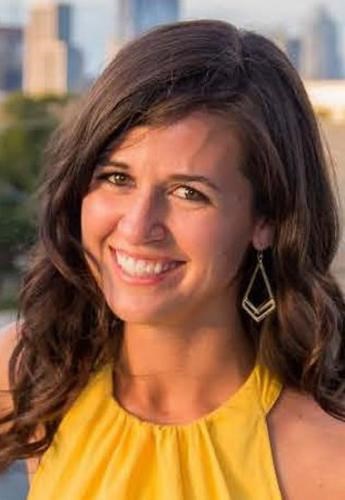 Meagan Fritts of Austin, Texas, age 34, passed away on Oct. 21, 2021. Her death was the result of complications from chemotherapy after being diagnosed with cancer. Although if you could ask her today, she would surely tell you a detailed and extravagant tale about an epic bar fight – with the highest stakes – where she faced off against ninjas in a Cambodian dive bar. It is for that reason, her tombstone shall read "Survived cancer only to be assassinated by ninjas."

Meagan was born in Benton, Arkansas on Feb. 16, 1987, to parents Gordon and Marilyn Fritts. After graduating high school, she attended the University of Arkansas – Fayetteville for a degree in journalism. It took her 10 years to graduate due to a "clerical" error which made her tie with a younger brother for the honor of "first sibling to graduate college." After college she moved to Austin, Texas, and spent the next 10 years actively "Keeping Austin Weird." It was during this time she discovered her life's passion: travel. In true Meagan fashion, she went all-in on making travel and tourism her career, heading out for two weeks of intensive training at "The International Tour Management Institute." After which she became a professional tour guide around the country and world – some of her regular beats included Peru, the Pacific Northwest, Bolivia, and low country.

Naturally she never missed a chance to travel for pleasure, either. There isn't time in the day to tell you about all of her travels, but they ranged from backpacking across Southeast Asia, to driving rickshaws across India, living with a family in Peru, falling in love with Jekyll Island, staying at luxurious resorts in Costa Rica – and everything in between. Meagan "the travelling gypsy" was born.

After several years of being on the road full-time, Meagan decided she wanted to put down deeper roots in Austin and add a new title to her resume: entrepreneur. She founded Access ATX Tours in 2015, and later Twisted Texas Tours which brings Austin's live music scene directly onto tour buses and taps into the city's vibrant brunch and brewery scenes. With Twisted Texas thriving, it was time for Meagan to keep to her motto of "Just a girl building an empire," and most recently she was in the process of starting a glamping resort in West Texas.

She loved her family and was always striving to get the family together. One of her favorite holiday activities was losing to her brothers in board games (Editor's note: her brothers wrote this, and it is far from Meagan approved).

Her brothers will now finally have a chance to speak for themselves, which one could debate may or may not be a good thing. Meagan is also survived by many friends who were lucky enough to call her their chosen family. And of course, by her bowling balls, Penelope and Talulabelle.

Her memorial service will be held Irish-wake style in a dark and dreary dive bar (because, in Meagan's

own words, "dead bodies are creepy and if I'm already dead it was way too soon and anything cheerful

just seems morbid") – with donuts. In lieu of flowers, please drink an extra beer and make a toast to

Meagan, and if you're so inclined you can make a donation to the family or to Heifer Project International.

Meagan's dark and dreary service will be held at Gourmands Neighborhood Pub in Austin, Texas on

Published by Log Cabin Democrat on Nov. 6, 2021.
To plant trees in memory, please visit the Sympathy Store.
MEMORIAL EVENTS
Nov
6
Service
12:00p.m. - 5:00p.m.
Gourmands Neighborhood Pub
Austin, TX
MAKE A DONATION
MEMORIES & CONDOLENCES
Sponsored by TheCabin.net.
1 Entry
I am shocked and very sad to read about Meagan's passing. I remember her as the beautiful.and smart little girl in my third grade classroom. My condolences and love to all her family.
Betty Osborn
November 7, 2021
Showing 1 - 1 of 1 results