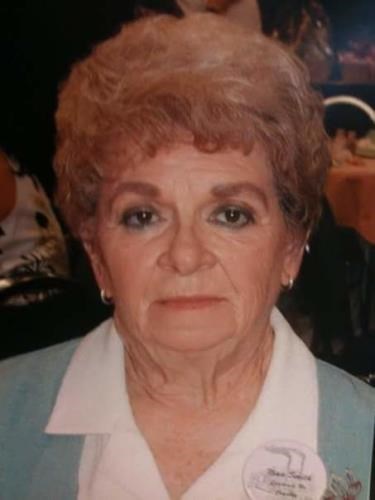 Nina Smith, 87, of Conway, Arkansas passed away on Tuesday, Nov. 9, 2021 in Conway, Arkansas. Mrs. Smith was born on Wednesday, March 14, 1934, in Oklahoma City, Oklahoma, to the late Orrie Clark and Daisy Hughes Clark.

Nina was a member of First Christian Church in Conway, Arkansas. She obtained a Bachelor's Degree in Arts and English from the University of Central Arkansas. Nina was a member of the Beta Sigma Phi sorority for many years. She later worked for the UCA bookstore for over twenty years. Some of the things she enjoyed were painting, gardening, golfing, going to UCA games, she also loved playing bridge and dominoes with her sorority sisters. It was often said she never met a stranger.

Mrs Smith is preceded in death by her parents, her husband, Dr. Derald Smith; and one sister, Joan Moreland.

A private service for Mrs. Smith will be held at a later date.

Published by Log Cabin Democrat on Nov. 12, 2021.
To plant trees in memory, please visit the Sympathy Store.
MEMORIAL EVENTS
To offer your sympathy during this difficult time, you can now have memorial trees planted in a National Forest in memory of your loved one.
Funeral services provided by:
Roller-McNutt Funeral Home
MAKE A DONATION
MEMORIES & CONDOLENCES
Sponsored by TheCabin.net.
0 Entries
Be the first to post a memory or condolences.