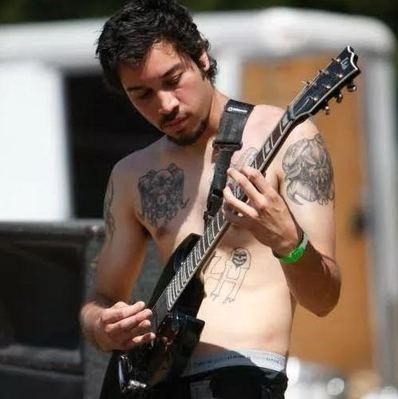 Adrian "Kilu" Garcia, 27, was one of the most beautiful people, inside and out. He was always the life of the party, and he loved to make people smile. Adrian was born in Salinas, the third of four siblings.

He was a server at 'La Casa del Sazon," but his true passions were art and music and riding his bicycle. He enjoyed going to local Metal shows and spending time with his family and friends. He graduated from North Salinas High School in 2004 and attended the Academy of Arts University of San Francisco. He was truly genuine and free spirited, and he will be greatly missed. 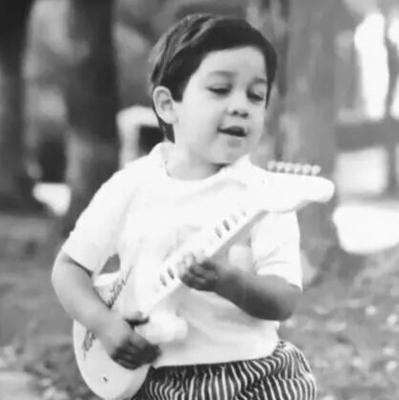 Published by The Salinas Californian on Jul. 9, 2014.
To plant trees in memory, please visit the Sympathy Store.
MEMORIAL EVENTS
To offer your sympathy during this difficult time, you can now have memorial trees planted in a National Forest in memory of your loved one.
Funeral services provided by:
Healey Mortuary and Crematory
MAKE A DONATION
MEMORIES & CONDOLENCES
26 Entries
Yvonne Mentirosa Kiralte
August 7, 2014
Yvonne Quiralte-Alba
August 7, 2014
In god's Hands.....R.I.P.
Yvonne Quirarte-Alba Kiralte Quiralte Taylor
August 7, 2014
My Most deepest and sincere Condolences to Adrian's family and Friends. R.I.P. and in god's Hands.
Yvonne "Cray-Cray" Quirarte Alba
August 7, 2014
My Most deepest and sincere Condolences to adrians father my uncle javier Garcia & adrians mom Maria Rodriguez, My cousins Marcella, & javier jr. My whole heart & prayers go out to you all,May god bless you all, May My cousin Adrians soul rest in Paradise & in gods hands, R.I.P. Adrian Garcia. . I will always Cherish your beautiful Smile...your cousin (Yvonne Kiralte Alba) (Taylor)
Kiralte
August 6, 2014
R.I.P. and in gods hands, Adrian V.Garcia...Guadalupe Clementina Quirarte & Katie Thornton, james Garcia & Aaron....?
Quiralte
August 5, 2014
Sending our heartfelt sympathy and prayers for Adrian's family. From your aunt, Socorro Garcia Quirarte, and your cousins, Max, Noe, Luciano Jr., and Matthew Quirarte, Lupe Quirarte Aguilar, Yvonne Quirarte Alba, James Garcia, Aaron Garcia, and Katie Aguilar.
August 4, 2014
My condolences to Adrian's family, including his father, Javier Garcia, as well as his girlfriend, friends, and his paternal family members.
August 1, 2014
R.I.P. AND IN GOD'S HANDS... (ADRIAN GARCIA)AUNTIE SUCKY QUIRALTE COUSINS MAX, NOE, LUCIANO jr. YVONNE & MATTHEW QUIRALTE... (IMPERIAL VALLEY)
Yvonne Quiralte
August 1, 2014
Our most deepest & Sincere Condolences, To Adrian Garcia's family,May The Love Of Our jesus Christ Embrace You all with Peace & Love at this very Difficult Time, our Hearts & Prayers go out to you all,From Auntie Sucky Garcia Quiralte & Cousins, Max, Noe, Luciano Jr. Yvonne & Matthew Quiralte...
Yvonne Quiralte
August 1, 2014
I was so sorry to hear of your loss. The thoughts of many are with you at this time of sorrow.
Jessica Mendoza
July 15, 2014
Praying for the family and that God will give you comfort and strength in this time of sorrow. Love, Jesus & Rebeca, Garcia family
July 15, 2014
I will definitely miss seeing your face at Casa de Sazon, you always provided the best service! Rest in Peace...
Ruth Aguirre
July 11, 2014
Lani Wu
July 11, 2014
Adrian, I did not know you personally but each time we came into the restaurant where you worked you were always very courteous and attentive. Hearing the news of your passing really hurt my heart and my prayers and condolences go out to your family. I know that you are in much better place now but you will be missed.
David
July 11, 2014
My deepest sympathies to the Garcia Family. Adrian had a loving nature and I will miss seeing him at Casa del Sasson :(
July 11, 2014
Usted está en mis oraciones. Con más sentido pésame,
Mari Lynch
July 11, 2014
Rest in peace my fellow
Musician...
Bob Howard
July 10, 2014
A performer through and through, a great artist and musician. I'm glad I was there to witness a part of your best performance, your life. You touched so many with your kindness and humor. Thank you for a great performance Adrian, it definitely deserves a standing ovation, you will be missed by many.
Waldo Valdez
July 9, 2014
Praying for your family at this time of sorrow.
Ivan, Sandy and Jon Thomas
July 9, 2014
May the love of friends and family carry you through your grief.
May gods hands hold you closely, Chacon Family (Paulie)
July 9, 2014
Mijo my god gide all the way so you could reach your long trip you have become an angel and you have erned your wings because you did alot of good and so many people love you and you will never be forgotten. From way up there keep an eye on the ones who love you god bless you mijo.
maria sandoval
July 9, 2014
Thank you for ALL the days of your life you were in mine. I love you Kilungis.
Gracias por TODO los Dias que estuviste en mi vida, te quiero Mucho y te extrañare emensamente Kilungis. I love you.
Rocky
July 9, 2014
Our thoughts and prayers are with you and your family...
Nunez Family
July 9, 2014
Esther
July 9, 2014
The morning I got the call I don't wanna believe it. Not Kilu. It still feels like a bad dream that I can't wake up from. How are we suppose live without you, how is MaNina suppose live without you. It's not fair that you were taken away so soon, we were all supposed to grow old together, watching A-A-RON & Mateo grow up. It hurts knowing they will never truly know you, see you smile or Crack a joke but we'll tell them great stories about their awesome Tio Kilu.
I know you're ok now, the pain is gone. Give a big hug to my Mamá Gloria for me, also my Tia Linda, we all miss them. Take care of everyone here left behind. I'm not great with goodbyes, so know that I love you dearly, miss you so much it hurts and I'll see you again some day. Love you Kilu?
Ronald Bustos
July 9, 2014
Showing 1 - 26 of 26 results