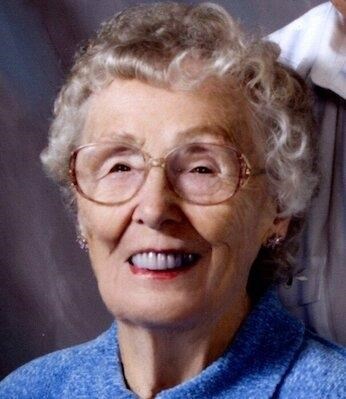 Soledad - Alma Jane Breschini, 91, of Soledad, passed away at Pacific Coast Acute Care in Salinas on June 22, 2021, after a lengthy illness.

Alma was a native of Montrose, Colorado, and lived in Soledad for more than 70 years.

Alma met the love of her life, Bruno Breschini, at a local dance. They were happily married until his death in 2016. Alma and Bruno lived on the family ranch with their four children before moving into Soledad proper in 1967, where they both lived until their passing. Alma was a dental assistant for James Pettey, D.D.S in Soledad for many years. She was a long-time member of the Young Ladies Institute and Hoe and Show Garden Club. Alma was known for her delicious English toffee candy.

Alma was preceded in death by her husband of 66 years, Bruno Breschini; parents Len and Blanche Woods; sisters Jean Fellows of Gonzales, Doe Fedele of Las Vegas, Nevada, and Margie Hartman of Soledad.

Alma will always be remembered as a loving, dedicated wife, the best mother and grandmother to her grandchildren and great grandchildren.

A private graveside service was held at Soledad Cemetery District.

Memorials: Donations may be made to Our Lady of Solitude Catholic Church, Soledad; Soledad Mission, or donor's favorite charity.

Published by The Salinas Californian from Jul. 6 to Jul. 9, 2021.
To plant trees in memory, please visit the Sympathy Store.
MEMORIAL EVENTS
To offer your sympathy during this difficult time, you can now have memorial trees planted in a National Forest in memory of your loved one.
Funeral services provided by:
Struve and Laporte Funeral Chapel
MAKE A DONATION
MEMORIES & CONDOLENCES
Sponsored by Struve and Laporte Funeral Chapel.
4 Entries
Dear friends, I'm so sorry to hear about your mom's passing. Alma was always so kind to me and my family. My condolences to your family. Now, she's with your dad and Doe, Jean, and Margie. May she rest in peace.
Joan Mocettini Shimamoto
Friend
July 13, 2021
RIP Alma------So sorry to read about your lost Richard and Nicolette
Steve Claassen--Claassen Weling &Fence
Friend
July 10, 2021
Susan, my friend sending you condolences to you and your family. I lost both parents and husband, so I have been there. Much love to you.
Anna Rico
July 9, 2021
Ohhhh, my Dear Sweet Alma....how I Loved You, my long time precious friend. We met decades ago working for Doc Pettey.....those were the days! You never failed to recognize an occasion with your yummy baked goods & you were always the ray of sunshine in the office. I loved remaining your dental hygienist until Covid took that away from us. To know you was to adore you....Rest in Heavenly Peace my Beloved Angel.
Lynn Miller
Friend
July 8, 2021
Showing 1 - 4 of 4 results