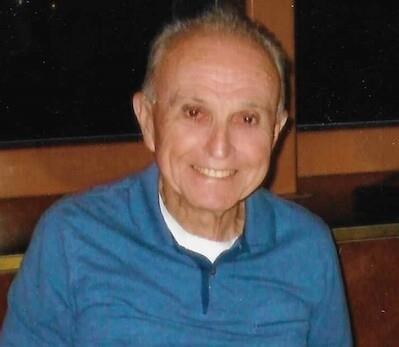 Edward passed away peacefully May 17, 2021. He had suffered with dementia for several years and recently was diagnosed with cancer. Edward was born on June 25, 1928 and following his Political Science degree from the University of San Francisco in 1950, he served two years in the US Army overseas during the Korean Conflict.

In 1968 Edward was hired by Kuhlman Electric Company as Inventory Control Manager and moved his family to Salinas. He worked there until his retirement in 1993.

Edward loved the Lord and was active in First Presbyterian Church, Salinas for over 50 years, and he also enjoyed the outdoors, especially family camping and skiing vacations.

In lieu of flowers, please consider a donation to The Salvation Army Funeral arrangements by Struve & Laporte


Published by The Salinas Californian from May 28 to Jun. 2, 2021.
To plant trees in memory, please visit the Sympathy Store.
MEMORIAL EVENTS
To offer your sympathy during this difficult time, you can now have memorial trees planted in a National Forest in memory of your loved one.
MAKE A DONATION
MEMORIES & CONDOLENCES
0 Entries
Be the first to post a memory or condolences.