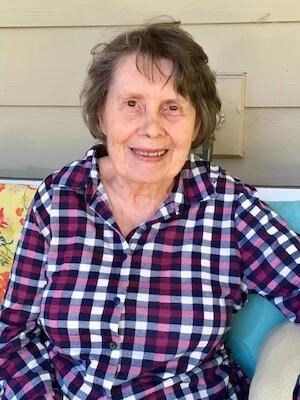 She is survived by her two brothers, Clifford Berry of Pacific Grove, CA and Kenneth Berri of Berlin, Germany, as well as many cousins in the Salinas Valley of California.

Evelyn earned her BA in Education at San Jose State University and went on to teach primary education. Once her children reached school age, she was a substitute teacher for many years in Fremont, CA.

She will always be remembered as a woman who valued others above herself. She was sweet and kind to all. She was a valiant prayer warrior and had a deep and abiding trust in God and His ways. Her selflessness was legendary, as was her love for chocolate, sweets and professional football.

Per Evelyn's wishes, no services will be held. Donations may be made to Parkinson.org


Published by The Salinas Californian from Jul. 2 to Jul. 3, 2021.
To plant trees in memory, please visit the Sympathy Store.
MEMORIAL EVENTS
To offer your sympathy during this difficult time, you can now have memorial trees planted in a National Forest in memory of your loved one.
MAKE A DONATION
MEMORIES & CONDOLENCES
0 Entries
Be the first to post a memory or condolences.