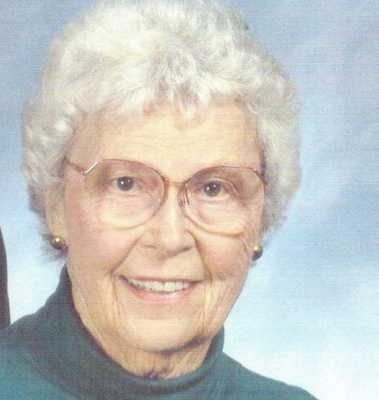 Jane Hendrix Dean, of Salinas, passed away Tuesday, September 24, 2013, surrounded by her loving family. Jane was born January 6, 1926, in Pine Bluff, Arkansas. She remained proud of her Arkansas roots throughout her life.

Jane met the love of her life at 16, when Kenneth C. Dean, her husband to be, rented a room in her grandmother's house. They had a wartime romance and married October 22, 1942. They had 70 wonderful years together. After Kenneth returned from the service in WWII, they lived in Ames, Iowa, where Kenneth attended college on the GI. Bill. It was there that Jane joined the Methodist Church. While Kenneth earned his Bachelor's Degree, Jane earned her high school diploma, which she was very proud of.

The family moved to Florida in 1950, for Kenneth's first teaching job. They lived there until they moved to Salinas, in 1965. Jane worked as a Finance Clerk at Salinas High for 10 years starting in 1969. She always said it was the best job she ever had. She thoroughly enjoyed her time with the students and staff.

Jane had a strong faith in God. She was a long time member of the First United Methodist Church. Jane loved to read the Bible, enjoyed her meetings with the Golden Girls, was a volunteer at Salinas Valley Memorial Hospital, and loved her time with her family. Jane had a great empathy for family and friends. She was a devoted wife, mother, grandmother, and great-grandmother.

Referring to her humble beginnings in the house she grew up in with four brothers and one sister, Jane always said "It's a long way from Scull Street."

Jane was cremated, per her wishes, and burial will follow for family members at a later date. 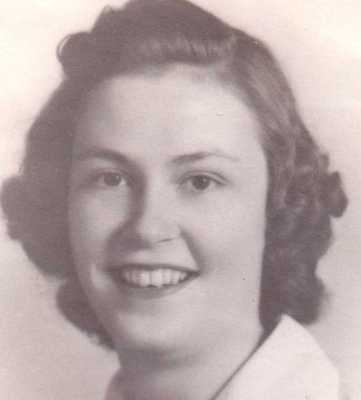 To plant trees in memory, please visit our Sympathy Store.
Published by The Salinas Californian from Sep. 26 to Sep. 28, 2013.
MEMORIAL EVENTS
No memorial events are currently scheduled.
To offer your sympathy during this difficult time, you can now have memorial trees planted in a National Forest in memory of your loved one.
Funeral services provided by:
Struve and Laporte Funeral Chapel
MAKE A DONATION
MEMORIES & CONDOLENCES
7 Entries
Lucille Hendrix
Family
April 8, 2020
So Sorry to hear about your loss Mr. Dean. Remember the good times. Your former student Michele Walker!
Michele Walker
September 26, 2013
Ken and Family, We are so sorry to hear of Jane's passing. We have many wonderful memories of the two of you during all our years in Salinas. Please know you're in our thoughts and prayers.
Pat and Judy Keating
Sioux Falls, South Dakota
September 26, 2013
I will truly miss you Mrs. Dean. May your wonderful memories be a comfort to your family and friends and especially to Mr. Dean. You will always hold a place in my heart.
Sheila Fossett
September 26, 2013
Condolences to the Dean family. May memories of her pull you through this difficult time. She was such a graceful and kind person.
A Mother is the most precious gift from God, and yours was so precious.
Our prayers are with you now and in the days to come.
Love in Christ,
Hope & Richard Cruz & Family
September 26, 2013
What a wonderful sister-in-law Jane was to me. She was more like a sister. I loved all the family reunions when she and Kenneth came to Ark. I'll miss talking with her so much. Love to all the family.
Lou Hendrix
September 26, 2013
I will always remember my sweet Auntie Jane who loved family visits in Arkansas, a good story, and never forgot my birthday when I was growing up - even into my twenties! She would always tuck a $1 bill inside the birthday card to make me feel special, and that it did! We will all miss her sweet and gentle spirit and her love for family. Kenneth, John, and Ken, we are all thinking of you in Arkansas and sending prayers your way.
Sherry McDonnell
September 26, 2013
Showing 1 - 7 of 7 results