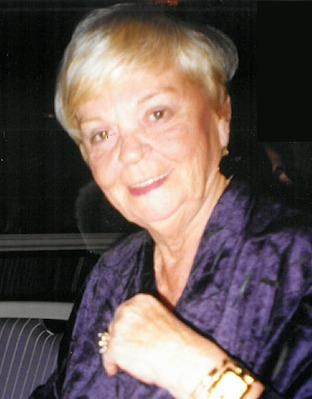 Salinas - Joan Elizabeth Santoro passed away on June 2, 2021. She was born in San Francisco in 1932 living with her grandparents until 1944. At that time she moved with her parents, Kathryne and Olay Wells. Joan was part if the Rodeo in Oakdale, Ca until 1947. She attended Oakdale High School and then attended and graduated from Salinas High School in 1949.

In 1959, Joan worked for the Teamsters Local #890 until 1972. In 1973 she ran for elected office for Teamsters Union. In 1974 she started her own business, Executive Ink Secretarial Service. During this time she authored a book about the Teamsters called "If You Got the Guts, Run Baby Run."

She later retired to Palm Springs for 2 years and then returned to Salinas and became a Traveling Notary. She worked until 80 years old. Joan loved animals and helped with animal causes.

Her services will be Monday, June 7th at Healey Mortuary Chapel with a visitation from 10:30am-1pm at which time the funeral service will begin, followed by burial at Garden of Memories Memorial Park in Salinas. To offer online condolences visit www.healeymortuary.com

Published by The Salinas Californian from Jun. 3 to Jun. 12, 2021.
To plant trees in memory, please visit the Sympathy Store.
MEMORIAL EVENTS
Jun
7
Visitation
10:30a.m. - 1:00p.m.
Healey Mortuary Chapel
CA
Jun
7
Service
10:30a.m. - 1:00p.m.
Healey Mortuary Chapel
CA
Funeral services provided by:
Healey Mortuary and Crematory
MAKE A DONATION
MEMORIES & CONDOLENCES
Sponsored by Healey Mortuary and Crematory.
4 Entries
Sending love to family during this difficult time.
Katie Davis
Acquaintance
June 7, 2021
So sorry for your loss Gary. Our thoughts and prayers are with you and your family. We love you
Francee & Joop
Friend
June 7, 2021
I’m so very sorry to see this about Joan. My mother, Fran, will be greeting her with open arms and they can start their antics again!
Beth DeBerdt
Friend
June 7, 2021
So sorry Gary and family for your loss. She was a wonderful caring woman with a big heart. So down to earth. She helped me at a time I needed help the most. She left a lasting impression. God bless Joan in heaven. She made a difference with her life.
Merrily Wilkins
Friend
June 3, 2021
Showing 1 - 4 of 4 results