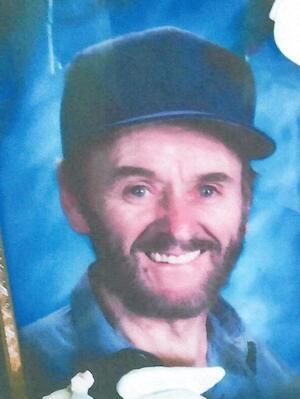 John was born in Plato, Minnesota to Earl and Bertha Fuller on September 11, 1946. He was a graduate of Gonzales High School, class of 1964. He worked as a custodian for Soledad Union School District for 30 years. He was hard working and enjoyed helping other. He was a great man with patience and love. He will be greatly missed by all who knew him.

He is preceded in death by his mother, Bertha; brother, Larry; sister Sandy. He is survived by his wife, Yolanda of Soledad; son, Jason and grandson, Jason of Soledad; sister, Marvanna of Colorado Springs; sister, Joanie of Scottsdale, AZ.

There will be no services. The family wishes to extend their gratitude to hospice and Woodyard Funeral Home.


Published by The Salinas Californian from Jun. 8 to Jun. 11, 2021.
To plant trees in memory, please visit the Sympathy Store.
MEMORIAL EVENTS
To offer your sympathy during this difficult time, you can now have memorial trees planted in a National Forest in memory of your loved one.
Funeral services provided by:
WOODYARD FUNERAL HOME - Soledad
MAKE A DONATION
MEMORIES & CONDOLENCES
Sponsored by WOODYARD FUNERAL HOME - Soledad.
3 Entries
I was a teacher at Gabilan School for many years and John was our custodian for all the years I worked there. He was a great guy and I always enjoyed talking with him.
James Russo
Work
July 7, 2021
I was greatly saddened to learn of John’s passing. John and I along with a couple other guys were friends for many years. We all lived in Soledad and went to grammar school and high school together. Reminiscing, it is a miracle that we were never tossed out of school because of some of our shenanigans. John, even though you are physically gone, you will never be forgotten. Prayers for John’s family. RIP my friend!!!
Buster Fitzpatrick
June 16, 2021
What a great hard working man. John was an inspirational person for me while growing up. He cut more live oak firewood than any man I knew. He could hand split and stack it the best I have ever seen. He did it all with a little old Homelight chain saw. John was a Great mechanic at Norms garage. God bless Norm, but you had to be an Angel yo work with him, and that would be John. He and Tootsie were good family friends of my family and I will never forget John. He’s in Gods hands now and will always live on in my life. God bless you John, you will be missed!
Thomas Tankersley
Friend
June 11, 2021
Showing 1 - 3 of 3 results