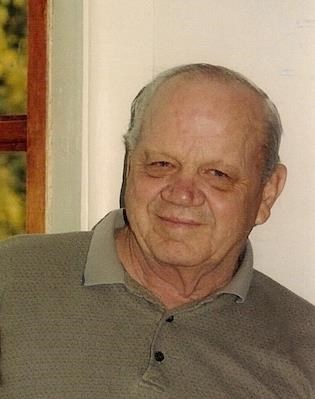 He was born September 10, 1931 in Sedan, Kansas. He often recalled his Kansas boyhood days with pleasure.

In 1944, the Parman family moved to Strathmore, California. John graduated from Strathmore Union High School in 1950. In 1951 he enlisted in the Army, serving in Korea and Japan. For 30 years he was a Bakery driver-salesman. Upon retirement, he began a handyman business which lasted 10 years.

In 1958 he married Betty Nystrom, their marriage lasting 63 years.

They have been Salinas residents for 58 years. They were proud parents of three sons, Emmitt Jay, Jeffrey Aaron, and Tay Samuel.

John was a good man who enjoyed a simple family life. He had an unexpected sense of humor, which occasionally caused surprised laughter. John enjoyed outside activities such as boating, water skiing, camping and fishing. He also liked going to the casinos.

Preceding him in death were his parents, Emerae and Edith Parman, sons Emmitt and Tay, brothers-in-law Wayne Hiatt and Joe Wallace.

John is survived by his wife, Betty, his son, Jeff (Chona), four grandchildren: Julian and Jenah Parman and Kayla and John Tay Parman.

Cremation has taken place. As John requested, there will be no services. In lieu of flowers, donations may be made in his name to your favorite charity or to the Monterey County SPCA, 1002 Monterey Salinas Hwy., Salinas, CA 93908 .


Published by The Salinas Californian from Jun. 3 to Jun. 4, 2021.
To plant trees in memory, please visit the Sympathy Store.
MEMORIAL EVENTS
To offer your sympathy during this difficult time, you can now have memorial trees planted in a National Forest in memory of your loved one.
Funeral services provided by:
Healey Mortuary and Crematory
MAKE A DONATION
Please consider a donation as requested by the family.
MEMORIES & CONDOLENCES
Sponsored by Healey Mortuary and Crematory.
0 Entries
Be the first to post a memory or condolences.