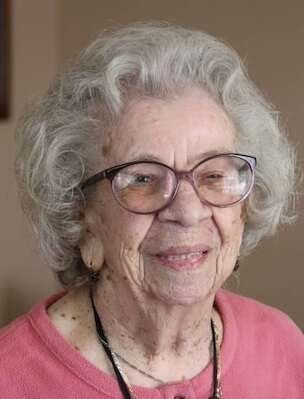 Spreckels - Margaret Schlyter, born Vladimira Margarit, passed away peacefully with loved ones by her side on June 12, 2021 in Spreckels, CA at the age of 101. She was born in Brno, Czechoslovakia on August 31, 1919, raised in Monfalcone, Italy. Margaret, known as Vladi growing up, became a nurse in the Czech Republic and spent time in a Nazi prison camp during WWII. Raised Catholic, she was imprisoned for standing up to the Gestapo for one of her patients. After the war ended, she reunited with her family in Italy, where she met and married an American soldier, Eddie Sharpe. She became a war bride and changed her name to Margaret Sharpe. Eddie was killed in a motorcycle accident two weeks after they relocated from Italy to Santa Cruz, CA with their newborn baby Millie After years of struggling as a single mother, she learned English and provided a good life for herself and her daughter. She met her second husband, Leo Schlyter, at a dance at the Cocoanut Grove Ballroom in Santa Cruz. They were married in 1955 and lived together in Spreckels until Leo's death in 1992. A beloved member of the Spreckels community, Margaret was a Life Member of the Lt. Billy Paulsen VFW Auxiliary Spreckels #6849. She was fluent in Czech, Italian, German, and English, and could converse in Spanish and French. She enjoyed traveling the world with family and friends her entire life, taking her most recent trips to Prague to see her family in 2017 and Hawaii in 2018. She had an active social life going to lunches monthly with Active Seniors, Alliance on Aging, and the Friendship Club and with her friends. Vladi loved telling her stories to anyone who would listen!

A private memorial will be held at Lover's Point in Pacific Grove.

Published by The Salinas Californian from Jun. 23 to Jun. 26, 2021.
To plant trees in memory, please visit the Sympathy Store.
MEMORIAL EVENTS
To offer your sympathy during this difficult time, you can now have memorial trees planted in a National Forest in memory of your loved one.
Funeral services provided by:
Struve and Laporte Funeral Chapel
MAKE A DONATION
MEMORIES & CONDOLENCES
Sponsored by Struve and Laporte Funeral Chapel.
0 Entries
Be the first to post a memory or condolences.