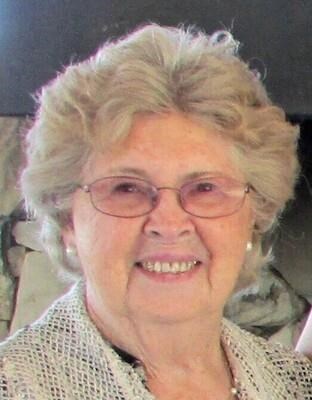 Ruby Mae (Allred) Hayes passed away peacefully at her home on June 16th 2021 with family by her side. Ruby was born to Eugene and Elsie Allred on August 27th, 1933 in George, Arkansas, the youngest child with 7 older brothers. She grew up on a farm in the beautiful Ozark Mountains and attended grammar school in a one-room schoolhouse. After completing 7th grade, she took the 8th grade exam and passed just so that she could go on to high school with her best friend. School of the Ozarks, in Missouri, became her home for the next 3-½ years only coming back to the family farm for a short time in the summer and Christmas holiday. Ruby never missed an opportunity to visit her Alma mater, which later became College of the Ozarks.

After graduating from High School, Ruby met her future husband, Scotty, on the first day she stepped off the bus in Greenfield to visit her brothers. They were married 1 ½ years later. Making their 1st home in Greenfield, they had 3 children in quick succession. Ruby and Scotty rarely missed a baseball, basketball or football game that their children, and then later, grandchildren and great-grandchildren, played. Ruby and Scotty hosted many bbqs for birthdays, anniversaries and reunions for both the Hayes and Allred families.

Ruby and Scotty loved to fish in Arroyo Seco at Abbot Lakes and at Lake San Antonio. For many years, they camped and fished all over the state of California with friends and family. They even took a 6-week camping trip to Alaska. Ruby also loved going to the casinos and playing the slot machines. And yes, she even went river rafting!

Ruby's life was all about her family. Her children, grandchildren and great-grandchildren were her greatest joy and all will sorely miss her. "Grandma Ruby, can I have a popsicle" was music to her ears. She loved watching football and the Grand Ole Opry on television. And she was never far away from her favorite choice of drink…coffee.

Ruby lost her husband of almost 68 years just 9 months ago. Scotty was the love of her life and she longed to be back with him. She is also preceded in death by her parents, her brothers, Orville, Charles, Russell (Delpha), Lex (Corrine), Herbert, Coy and Kenneth Allred.

She is survived by her children, Mike (Sharon), Larry (Denise), and Debbie (Scott) Anthony. Her 10 grandchildren, Brandon (Sarah), Brian (Katie), Bransen (Amanda), Scotty (Johana), Jonathon, Andrew and Anne Hayes, Alison Shepherd, Calli (Tony) Ramage and Kourtney (Derrick) Kuppens. She leaves her 17 great-grandchildren with 2 more on the way. She also leaves her honorary daughter, Gayle Potts, who made her "Ruby Thursday" excursions, a trip down memory lane. She also leaves behind a wealth of extended family.

The family would like to send special and heartfelt thanks to Sarah Schmidt, Lupe Mendoza and Julie Garret. Also to VNA and the Hospice team for helping the family keep Ruby home for the duration of her illness.

A Visitation will be held at 9:00 a.m. with a 10:00 a.m. Funeral Service on Saturday, June 26, 2021 at the Eddington Funeral Services Chapel. A Graveside committal will follow in the King City Cemetery where she will be laid to rest next to her husband Scotty. 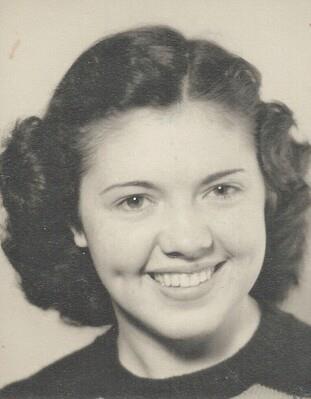