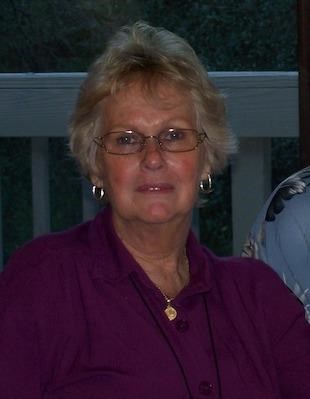 Shirley was a 1957 graduate of Salinas High School. That same year she married the love of her life, Carrol Fort, a 1955 graduate of Salinas High School. Shirley was a Home Maker and loved to bowl. She was on many leagues throughout the years. She continued to bowl up until COVID shut down the bowling alley. She was a member of the USBC, the AHS Booster Club, and the Salinas Valley Street Rodders. Her and her husband also delivered Meals on Wheels for many years. Through the years she could be seen at her children and grandchildren's Little League games, Softball games, Basketball games, Swim meets, and Football games. She also enjoyed going to the Races at the Watsonville Speedway.

Published by The Salinas Californian from Jun. 3 to Jun. 9, 2021.
To plant trees in memory, please visit the Sympathy Store.
MEMORIAL EVENTS
Jun
11
Celebration of Life
2:00p.m.
Echoes from Calvary Church
1025 Post Drive, Salinas, CA
Funeral services provided by:
Healey Mortuary and Crematory
MAKE A DONATION
MEMORIES & CONDOLENCES
Sponsored by Healey Mortuary and Crematory.
2 Entries
Those we love don’t go away
They walk beside us every day
Unseen, unheard but always near
Still loved, still missed and very dear


RIP Shirley, Thank you for always making me smile.
Myla Emberson
Neighbor
June 4, 2021
I’m so sorry to hear about your moms passing. I know she and your dad have been the center of your family and I pray for you all peace and strength being with each other during this time.
Shelley Chavez
Friend
June 4, 2021
Showing 1 - 2 of 2 results