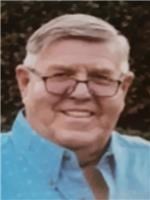 BORN
1956
DIED
2021
FUNERAL HOME
Comi Funeral Home - Trinidad
1804 E Main
Trinidad, CO
David B. Schwandt met the Lord on September 22, 2021.
Dave was born to Roberta and Brown Schwandt on February 28, 1956 in Erik, OK then the family moved to Fresno, CA. He graduated from Reedly High in CA.
David met his wife in 1998, and they later moved to New Hampshire. In 2007 they moved here to Trinidad, CO and chose to make Trinidad their retirement home. He attended First Christian Church.
David worked for Jeanie Holland as an electrician from 2007 to 2011. Because of an injury he was forced to retire from there. He later maintained the Toltec Building until his illness prevented him from doing so.
He is preceded in death by his parents Roberta and Brown.
He is survived by his wife, Doreen (Shirey) Schwandt; daughter, Diane (Schwandt) and Timothy Souza, Clovis, CA; brother, Danny and Esther (Molina) Schwandt; sister, Robin (Schwandt) and Kenneth Keller, Fresno, CA; four grandchildren and several nieces and nephews. Also surviving are three step children: Tina (Farrell) and Paul Yontis, Tammy Farrell, both of Oklahoma, and Terry Farrell, New Hampshire; step grandchildren, several step nieces and nephews; and many friends.
Services were held at the First Christian Church.
Arrangements made under the direction of the Comi Funeral Home.
Published by The Chronicle-News on Oct. 7, 2021.
To plant trees in memory, please visit the Sympathy Store.
MEMORIAL EVENTS
To offer your sympathy during this difficult time, you can now have memorial trees planted in a National Forest in memory of your loved one.
Funeral services provided by:
Comi Funeral Home - Trinidad
MAKE A DONATION
MEMORIES & CONDOLENCES
Sponsored by Comi Funeral Home - Trinidad.
0 Entries
Be the first to post a memory or condolences.