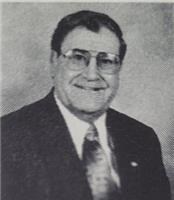 BORN
1936
DIED
2021
FUNERAL HOME
Snyder-D'Argy Funeral Home
206 E Main Street
Reynoldsville, PA
John "Jack" "Moe" Charles Milliren, 85, of New Bethlehem, PA, passed away on Friday, September 24, 2021, while a resident at The McKinley Health Center in Brookville, PA.
He was born on April 24, 1936, to the late Deane and Ruth (Kane) Milliren in Reynoldsville, PA.
John graduated from Reynoldsville High School with the Class of 1954. He continued his education at Bob Jones University in Greenville, SC, where he graduated with a bachelor's degree.
He served in the United States Army between the Korean and Vietnam Wars.
John married Shirley June Nogroski on June 8, 1963, at the First Baptist Church in Reynoldsville, PA; Shirley survives him.
He worked as a police officer in Reynoldsville for a short period time before going to work as a claim's adjuster with Erie Insurance. He then became a claim supervisor in Silver Spring, MD. He then purchased his own insurance agency in New Bethlehem, PA, where he worked until retirement.
John was very active with Public Services wherever he went; he was a past Mayor of Reynoldsville. He was also involved with the New Bethlehem Borough Council and the Redbank Valley Park Board. John was a member of the Lions Club, American Legion, Elks in Reynoldsville, and Moose Club in New Bethlehem.
He belonged to the First Baptist Church in Reynoldsville and New Bethlehem.
John loved to help people, he was very social and outgoing. John was always down to travel, especially going on a good cruise. He also loved to visit the casinos in Salamanca, NY, and he was a diehard Pittsburgh Pirates fan.
In addition to his wife, John is survived by daughter; Lisa (Don) Matson of Brockway; and sister; Alice Kuhns of Hamburg, NY. In addition to his parents, John is preceded in death by brother; James Milliren; and three sisters; Helen Dickey; Ann Engle; and Patricia Martz.
Family and friends will be received on Tuesday, September 28, 2021, from 4pm to 8pm at the Snyder – d'Argy Funeral Home, 206 E. Main Street, Reynoldsville, PA 15851.
A funeral service will take place on Wednesday, September 29, 2021, also at the funeral home, beginning at 11am and will be officiated by Father Sam Bungo and Pastor Jimmy Swogger.
Full military honors will be rendered by the DuBois Area Honor Guard following the service. Internment will take place at Lakelawn Memorial Park, Reynoldsville, Jefferson Co., PA.
Memorial contributions may be made in his name to the donor's choice. Online condolences and other information may be found by visiting snyderdargy.com.