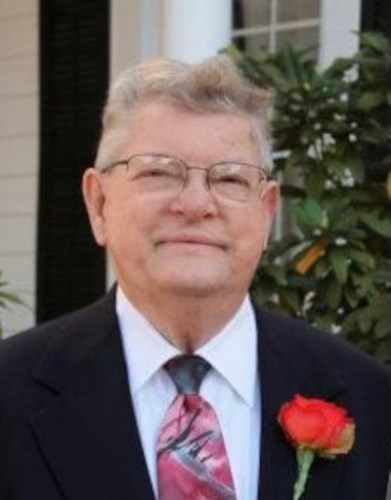 Donald was born on July 17, 1930, in Wells County, Indiana, to the late Gerald and Irene (Kennedy) Goodspeed. After graduating from Montpelier High School in Montpelier, Indiana, in 1948, Donald was drafted into the United States Army in 1951, and was stationed in Seoul, South Korea, as part of the Company A, 92D Armored Field Artillery Battalion where he achieved the rank of Corporal before being honorably discharged in 1953. After obtaining a bachelor's degree in business at Indiana University, Donald worked as an accountant for several companies, including the Defense Department, before retiring and residing in Knightstown. He was a member of the Knightstown American Legion, as well as both the Indiana Historical and Knightstown Historical Societies. He was a former member of St. Rose of Lima Catholic Church, Knightstown, and, after its closing, he joined St. Mary's Catholic Church in Rushville, Indiana.

In addition to his parents, Donald was proceeded in death by two brothers, Bob Goodspeed and David Goodspeed.

Friends may call from 5 – 7 pm, Wednesday, September 22, 2021, at Heritage Funeral Care in Knightstown, following a rosery service at 4:30 pm. A Mass of Christian burial will be held at 10:30 am, Thursday, September 23, 2021, at St. Mary's Catholic Church in Rushville, with Fr. James Brockmeier officiating. Burial will follow at Glen Cove Cemetery, Knightstown, with full military honors conducted by the United States Army.

You may send the family a personal condolence at www.heritagefuneralcares.com.

The Hunt family and Heritage staff are honored to serve the family of Donald Goodspeed.