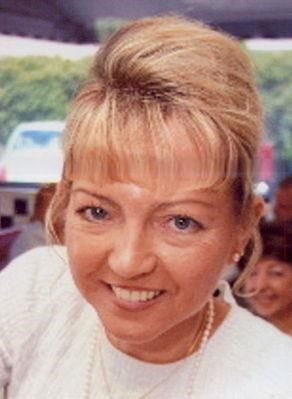 Katrina "Kitty" Castellini, 55, of Vineland, NJ passed away on Sunday evening in the Penn Presbyterian Hospital, Philadelphia, PA after being extremely ill the past 6 months. Kitty was born in Hinton, W. VA, raised in Bridgeton and has resided in Vineland for 30 yrs. She was the daughter of the late Stafford Poe Lilly, Sr. She was also predeceased by her son Michael J. Dickson, Jr., sister Elizabeth Orlandi & Step father Don Richmond.

Before retiring in 2000 from the Laborers International Union of North America, Kitty was employed as a Confined Space Entry Specialist and was a Federally Licensed 1st Responder in Chemicals & Explosives. She had worked on numerous Super Fund sites with the Army Corps of Engineers. She lived for over 50 yrs with Diabetes and was a longtime advocate for cure focused research & fund raising. Kitty underwent a Pancreas transplant in 2004 that lasted until developing an infection in 2013. She was the longest surviving pancreas alone transplant patient in the world. She was the President& Founder of Diabetes Living Today & hosted her radio program on 92.1 WVLT. She was recognized as a "National Thought Leader" on Diabetes, was a guest writer & consultant with Medtronics and became an Ambassador in 2014. Kitty was recognized by the U.S. Congress in 2007, the N.J. State Senate & was the Roche Diabetes Care Hero & Torchbearer in 2011. Kitty was an annual visitor to Disney Would with her daughter for the past 25 yrs. She also enjoyed playing Bingo & crafting.


Published by The Daily Journal from Jun. 21 to Jun. 22, 2016.
To plant trees in memory, please visit the Sympathy Store.
MEMORIAL EVENTS
Jun
23
Calling hours
7:00p.m. - 9:00p.m.
Pancoast Funeral Home
676 S Main Rd, Vineland, NJ
Jun
24
Calling hours
9:30a.m. - 10:30a.m.
Pancoast Funeral Home
676 S Main Rd, Vineland, NJ
Jun
24
Funeral service
10:30a.m.
NJ
Jun
24
Burial
Sacred Heart R.C. Cemetery
NJ
Funeral services provided by:
Pancoast Funeral Home
MAKE A DONATION
MEMORIES & CONDOLENCES
Sponsored by Pancoast Funeral Home.
16 Entries
I really miss you mom. :-/
Lauren Dickson
June 27, 2016
My deepest sympathy
Karen Doering
June 25, 2016
I had known Kitty for a while, and she will be greatly missed in our diabetic world of friends. Thank you so much for all you did for us diabetics, Kitty!
JIll Meyer
June 23, 2016
Thank you, Kitty, for all the time, patience, conversations, phone calls, and relentless passion, conviction and advocacy. You made a difference for so many and I will miss you.
Rob Muller
June 23, 2016
Gary
My thoughts and prayers are with you! Kitty was an incredible person!
Jessie Ann
Jessie Ann Flaim
June 22, 2016
I got to know Kitty through the Medtronic Minimed Ambassador program and, in the past 2 years, spoke with her numerous times. Though our friendship was of brief duration, Kitty's indomitable spirit, courage and determination will continue to be an inspiration for me. I will miss her.
Louise Robinson
June 22, 2016
So sorry for your loss.
Pat Champion-Binkiewicz
June 22, 2016
Mary Elizabeth
June 21, 2016
You are a inspiration for all of us fighting for a cure for type one diabetes. We will keep your light shining bright for you my sugar sister.
Teresa Craft
June 21, 2016
I got to speak with Kitty a few times on the phone when I was fighting depression with my diabetes. She was such a delight to speak to with such great suggestions which included speaking with God. She had so much spirit! She has become my idol that I will never forget!
Rhonda Maupin
June 21, 2016
Sincere condolences to her family and friends. May you Rest In Peace Katrina and look down from above, protecting and comforting your loved ones...

Catherina Morris & family, Sardegna.
June 21, 2016
May all find solace in her newfound freedom from pain. Lauren, I wish for you comfort in the memory of such a dynamic woman, and to know that same tenacity and strength lives on through you. My deepest condolences to Kitty's family, friends, and the many lives she touched.
Daila
June 21, 2016
My deepest condolences to the entire Castellini family. May God grant you all peace and comfort in your time of grief.
Carl Schuster
June 21, 2016
I'm so sorry for your loss. All my love and condolences to the family ❤
Lora Carletto
June 21, 2016
Dear Gary n Lauren, I am sadden to hear of Kitty's, ur mothers passing. She was pretty amazing of all the things she had accomplish. She had a Great sense of humor n if there was something she wanted to do, she let nothing stand in her way. I know with the love of Dinseyworld she loved it more when u Lauren were with her. I will keep you in my prayers n ask God to help you get though this terrible time. Rest In Peace my Friend.
Heidi
June 21, 2016
Easter offers hope to those who grieve.
June 21, 2016
Showing 1 - 16 of 16 results