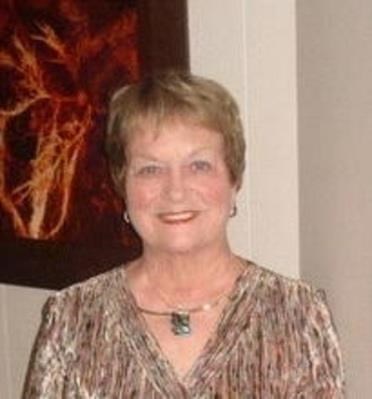 After graduating from Newport Township High School in Wanamie, PA, Marilyn attended and graduated from Philadelphia General Hospital Nursing program as registered nurse. She married her high school sweetheart, moved to Vineland, New Jersey. There she spent the next 40 years raising her family and working as a nurse. She began her career in the maternity ward of Newcomb Hospital, then switched to private medical practice nursing, then back to the hospital as a utilization review coordinator - one of the first appointed in the state. She received her bachelor's degree in nursing from Rowan University and spent the last half of her career as a school nurse, finally retiring the Vineland school system.

In her retirement, she enjoyed spending time with friends and family, traveling, attending the Philadelphia Orchestra and spoiling her granddaughters. She continued her service as a board member for the Cumberland County Home Health Aides. In 2008, she and Ron moved to Bluffton, SC where she enjoyed making new friends, playing mah-jongg with her neighbors, and was an active member in the Red Hats. She especially liked that her Red Hat group was very volunteer-oriented, each month serving a different charity or organization in the Bluffton area.

A memorial mass will be celebrated Saturday, February 3, 2018 at Sauls Funeral Home, 90 Simmonsville Rd, Bluffton. In lieu of flowers, donations may be made in Marilyn's name to St. Jude Children's Research Hospital or a charity of your choice.

Sauls Funeral Home of Bluffton is assisting the family with arrangements.


To plant trees in memory, please visit our Sympathy Store.
Published by The Daily Journal on Feb. 2, 2018.
MEMORIAL EVENTS
No memorial events are currently scheduled.
To offer your sympathy during this difficult time, you can now have memorial trees planted in a National Forest in memory of your loved one.
Funeral services provided by:
Sauls Funeral Home
MAKE A DONATION
Please consider a donation as requested by the family.
MEMORIES & CONDOLENCES
Sponsored by Sauls Funeral Home.
17 Entries
Great nurse and good friend. She is missed and will not be forgotten.
Patti DiLeo,RN
Friend
January 26, 2021
I was honored to be present at Marilyns retirement party and really enjoyed our tennis foursome over the years.
Patti Dileo
Friend
January 26, 2020
Thinking of you and sharing the sorrow that's so difficult to bear. We're praying that you'll find comfort in knowing that others care.
With Sympathy,
The Liz Mancini family
Liz Mancini
February 9, 2018
Ron and Family,
My sincere sympathy and prayers in the loss of Marilyn. She was a lovely lady. Joe and I always enjoyed our trips with you two for IBBO. May you find peace with all the wonderful memories. I hope she meets with Joe in Heaven. May God bless you and family during this time.
Juliette Testa
February 9, 2018
Rest In Peace dear friend..... I will remember the good times we had together....sympathies to Ron and family. Pat Dileo
Pat Dileo
February 8, 2018
Kuchinski Family, our deepest sympathy in the passing of Marilyn, wife and mother. As former neighbors, we remember her wonderful smile. May she Rest In Peace.
Linda DiPasquale-Morello
February 7, 2018
Pat Dileo
February 6, 2018
Sue and family, I am extremely sorry for the loss of your mother. I will always remember her beautiful smile! I am sure your mother and my mother are having fancy cocktails together and reminiscing about us. Always cherish the great memories with her, as these will help get you through this very difficult time in your life.
Jane Ann Howlett Turiel
February 5, 2018
I worked with Marilyn at VHS for 13 years and she not only was a terriffic coworker but a true friend. Mickey and I send our sincere condolences to her family in this time of sorrow. May she rest in peace.
Kay and Mickey Hennessy
February 4, 2018
With deepest sympathy.
Kathy (Miller) McCormick
February 4, 2018
Ron and family
I was in Dominican Republic when I received your sad news. I tried to post here but internet was awful. Please accept Mickey's and my condilences. I enjoyed working with Marilyn for 13 yeqrs and she was one of my greatest friends. Prayers for you and her family.

Kay and Mickey Hennessy
February 3, 2018
Sincere condolences goes out to the Kuchinski family for your sad loss.
February 2, 2018
Ron and family-Please accept my sincere condolences for the passing of your wife. May God bring you comfort and peace at this difficult time. My thoughts and prayers are with you and your family.
Kathy McCormick
February 2, 2018
Dear Ron and Susan, I was so sad to hear about your Mom. When you were at D'Ippolito School I loved speaking with her. She had the sweetest personality. Hope God will help you during this sad time. Love Roseann St. Clair. ( your third grade teacher)
Roseann St.Clair
February 2, 2018
Ron,
Please accept our condolences for your loss. Always enjoyed being with Marilyn, especially our Phila Orch outings. So sad.
Bobbie & Ray Talalaj
February 2, 2018
Condolences on the loss of your wife, mother and grandmother. Marilyn's smile lit up a room.
Susanne Morello
February 2, 2018
To Ron and family
Marilyn was one of the smartest and talented nurses I knew. I worked many years with her as school doctor. Please accept my sincere sympathy on your loss.
Dr Carlo Melini
Marlton. N. J.
Carlo Melini
February 2, 2018
Showing 1 - 17 of 17 results