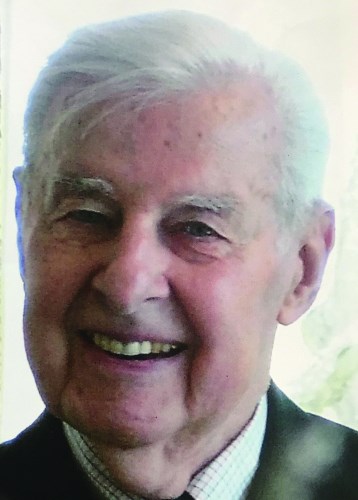 Colman served in the Army Signal Corp. during WWII and was recalled to service during the Korean conflict.

Colman was Vice President of Human Resources at Schering Plough from 1947, until retirement in 1980. He was the cofounder of a technical training project in Newark, N.J.in 1966, that trained and provided jobs for under privileged youth. Colman was a trustee at Talledega College in Alabama from 196,8 until 1998. It is Alabama's oldest African America college.

He was instrumental in the creation of the Guild for Spiritual Guidance at Wainwright House in Rye, New York. from 1970 until present.

He enjoyed planning the many trips he and Ethel took traveling abroad and in the U.S.

Colman was an accomplished musician and entertained family and friends for years on his beloved baby grand piano.

Our family is greatly indebted to the staff of Avalon Health Care Center for their loving care and kindness.

We are also so very grateful to the Center for Hospice Care for their compassionate care.

A celebration of his life will be held at 2 p.m. Saturday, Jan. 19, 2019, at St. Mark's Episcopal Church, 15 Pearl St., Mystic. The Dinoto Funeral Home, in historic downtown Mystic will be handling the arrangements.
Published by The Day on Jan. 13, 2019.
To plant trees in memory, please visit our Sympathy Store.
MEMORIAL EVENTS
Jan
19
Celebration of Life
2:00p.m.
St. Mark's Episcopal Church
15 Pearl St., Mystic, CT
Funeral services provided by:
Dinoto Funeral Home
MAKE A DONATION
MEMORIES & CONDOLENCES
Sponsored by Dinoto Funeral Home.
1 Entry
Kind thoughts are with your family at this very difficult time of grief. May your fond memories bring you comfort. God's promise at Jeremiah 29:11,12 will give you strength..
January 14, 2019
Showing 1 - 1 of 1 results