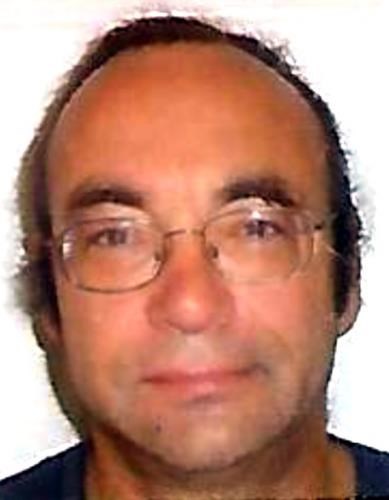 Frank grew up in Noank with his brother, William. He then attended the University of Connecticut after graduating from Fitch High School. After UConn, Frank went to work at the family business with his father and brother at the Noank Foundry. He stayed there for a number of years and then moved on to a brief career in finance. While raising his sons, he decided to make a career shift into 911 dispatching which he fell in love with and retired from in 2020 after 20 plus years. In addition, Frank was also the Treasurer for Mystic River Ambulance for many years.

Frank was a lifelong member of both the Noank Fire District and Volunteer Fire Department. He joined the department in 1970 and has been the commissioner of the fire department since 1979. He dedicated a significant portion of his life to Noank and its community and was always an ear for those who had ideas. Most mornings he could be found in Carson's Store discussing the happenings of Noank with his community.

Frank had many loves; community and family were always on the top of the list. He also was an avid golfer, a member of the Seahorse League for many years. He loved the water and the views in Noank particularly from the top of Snake Hill throughout the year. He loved baseball and football, a lifelong Yankees fan who always joked that Red Sox fans weren't allowed in his house.

Frank always believed in living a simple life. He believed in taking the time to enjoy the great things that happen every day, manage the challenges that come before you and never forget how lucky we are for each day. He would always selflessly lend a hand, give advice, or just be there for anyone who wanted to talk. He will be sorely missed by his family and community.

Frank's family will greet relatives and friends from 4 to 7 p.m. Wednesday, Sept. 15, at Dinoto Funeral Home, 17 Pearl Street, Mystic. A celebration of life will be held from 4 to 7 p.m. Friday, Sept. 17, at the Mystic Yachting Center inside Mystic Shipyard, 100 Essex Street, Mystic for all who wish to attend.
Published by The Day on Sep. 14, 2021.
To plant trees in memory, please visit the Sympathy Store.
MEMORIAL EVENTS
Sep
15
Visitation
4:00p.m. - 7:00p.m.
Dinoto Funeral Home
17 Pearl St., Mystic, CT
Sep
17
Celebration of Life
4:00p.m. - 7:00p.m.
Mystic Shipyard
100 Essex Street, Mystic, CT
Funeral services provided by:
Dinoto Funeral Home
MAKE A DONATION
MEMORIES & CONDOLENCES
Sponsored by Dinoto Funeral Home.
20 Entries
I just posted a message for another fellow Town Employee I worked with at the Groton Town Police Department. I just recently learned of Frank's passing and was so surprised. I was not aware of his sickness. It is a shame that once you retire you lose contact with so many people you really liked and respected. Frank was certainly one of those people. He was dedicated to his job as a 911 dispatcher as well as being active in the Noank community. I know he will be greatly missed. Frank I pray for your family at this time and you RIP.
L. Michael Clancy
Work
September 19, 2021
In loving memory of a wonderful person. Deepest condolences to every member of Frank's family.
Groton PBA
Work
September 17, 2021
Condolences to Frank's immediate and extended family. I know he will be tremendously missed.
Dexter Johnson
September 15, 2021
One of my best friends and neighbor. Frank was certainly a true Noankor. Always there to lend a helping hand. So going to be missed.
Mike Laffargue
September 15, 2021
Kathy, Jeremy and family, Sending condolences to you all. May your fond refections help ease the sorrow you are all feeling. So many will miss him. Sincerely, Rebecca and David Renski
Rebecca Renski
September 15, 2021
RIP Frank ...You will be missed by many. Thank you for all you have done to make this world a better place
Denise & Jack Silva Derek Schneider
September 15, 2021
My condolences to Frank´s family.
Cindy Bogue Howard
Friend
September 15, 2021
Will always remember singing in the rain. I will miss you
Jackie
September 14, 2021
To Kathy and the Socha family. Deepest sympathy on the passing of Frank. May he rest in peace.
Denise Mahoney
September 14, 2021
Our deepest sympathies to Kathy, Bill & family. Frank was a special friend, even part of our wedding party all those years ago. We have great memories of Frank that we will cherish. RIP Frank, you will surely be missed
Angela Karlen Fletcher
Friend
September 14, 2021
Rest In Peace
Heather St Louis
Friend
September 14, 2021
We extend our sincere condolences to the Socha family. Frank was a valuable member of the fire service, and we are grateful for his expertise and guidance throughout the decades.
Groton Long Point Vol. Fire Co.
September 14, 2021
My condolences to the Socha family. Frank was a wonderful man who I was happy to call a friend.
Seumas Quinn
September 14, 2021
To Kathy, Jeremy, Bill and the entire Socha family and the vast network of friends, colleagues, golf buddies and more....please accept our sincerest condolences. Frank, such a fixture in Noank....in our old Beebe Cove neighborhood, fire department, 911 and of course our Seahorse League. May you Rest In Peace after so many years in service. We are so sorry and so saddened.
Dan and Kathleen Burns
September 13, 2021
My heart goes out to you and your family, Kathy as you grieve the loss of Frank. Sending love and compassion.
Alice June Thompson
September 13, 2021
Sending condolences to the Socha family. Jeremy, I´m so sorry for your loss. Remembering you & hope you have good memories of time with your father. Melanie Greenhouse
Melanie Greenhouse
September 13, 2021
Thanks so much for the help you gave to me and to so many others over the years. We can never repay you for those efforts. Our next best choice is to pay it forward....and many of us will do that.
Ed Johnson
Friend
September 13, 2021
My condolences to Frank's wife Kathy and the family. May God be with you and grant you His peace and healing in your time of grieving.
David Cunningham
Friend
September 13, 2021
What a great person that gave his gift to the emergency service FIRE & EMS. WE will all miss him!
george Fargo
Friend
September 13, 2021
So sorry to hear of your father´s passing. Our thoughts go out to you and all your family.
Alan and Janet
Family
September 13, 2021
Showing 1 - 20 of 20 results