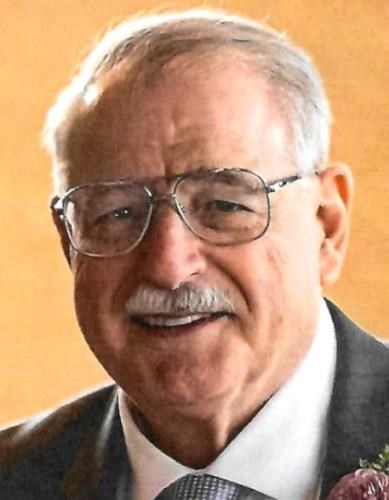 He was predeceased by his parents, Abraham and Sylvia Rocketto.

A Vietnam era veteran he served as an officer in the U.S. Navy and then enjoyed a 20-year career as a member of the Connecticut Army National Guard with whom he deployed to Saudi Arabia during Operation Desert Storm.

He began his teaching career at Norwich Free Academy and next taught at Lyman Memorial High School in Lebanon, before joining the faculty of E.T. Grasso Regional Vocational Technical School where he served as a science teacher, Department Head of Related Education, ending his career as the state supervisor of apprentice training at Electric Boat in 2003.

A competitive rifleman he served on the Connecticut National Guard and All National Guard Rifle Teams where he was a member of numerous national championship teams, earning the U.S. Army Distinguished Rifleman Badge, the Presidents Hundred award, and the National Rifle Association's Distinguished Smallbore Rifleman Award in both Position and International competition. A national champion in the intermediate senior and senior categories he held numerous national records, represented the United States in international competition, was a perennial Rhode Island state smallbore champion. He served as a volunteer rifle coach at the U.S. Coast Guard Academy and was awarded the Spirit of the Bear Award for his strict adherence to the service's core values of honor, respect and devotion to duty, and for his direct influence in the personal growth and professional development of the Corps of Cadets.

Rocketto, regarded as one of the nation's premier historians of competitive rifle shooting, published hundreds of articles and seminal monographs on the subject.

An enthusiastic aviation buff he was a member of the Groton Hangar of the Ancient and Secret Order of the Quiet Birdmen and was awarded the Wright Brothers Master Pilot Award by the Federal Aviation Administration in recognition for his professionalism, skill, and aviation expertise for at least 50 years while piloting aircraft.

A longtime member of the Westerly Lions Club he was also a construction volunteer with the South Country Chapter of Habitat for Humanities.

In lieu of flowers, donations may be made to The Father Ray Suriani Scholarship Fund, St. Pius X Church, 44 Elm St., Westerly RI 02891, in Hap's memory.
To plant trees in memory, please visit our Sympathy Store.
Published by The Day on Jul. 20, 2021.
MEMORIAL EVENTS
Jul
22
Visitation
4:00p.m. - 7:00p.m.
Gaffney-Dolan Funeral Home
59 Spruce St., Westerly, RI
Jul
23
Funeral service
10:00a.m.
Gaffney-Dolan Funeral Home
59 Spruce St., Westerly, RI
Funeral services provided by:
Gaffney-Dolan Funeral Home
MAKE A DONATION
MEMORIES & CONDOLENCES
Sponsored by Gaffney-Dolan Funeral Home.
12 Entries
Margaret and family: it was a joy to know Hap and be part of his shooting fraternity. We will miss him and his ever joyous nature.
Morgen G Dietrich
July 24, 2021
My sympathies to the Rocketto family. We have lost a true scholar. He was my science teacher at S.E. Tech and a true inspiration to his students and it was a treat to be in his class. Godspeed Hap! Oh...Thank You!
Ron Bannister
School
July 24, 2021
One great teacher!
Greg Goodspeed
School
July 23, 2021
The Club has lost a True Gentleman. He was editor of our monthly newsletter and served right to the end. Gonna miss his humor about my column. Rest In Peace Hap
Earl & Charlene Lathrop - President Q.H.R.&G. Club
Other
July 22, 2021
Educator, Sportsman, Patriot, Polymath...not a bad record, Hap! Condolences to the family, and his many friends.
John Stratton
Friend
July 22, 2021
7/22/21 So sorry to hear about Hap. He, Steve, and I grew up in New London and I had the pleasure of working with them at Grasso. Hap's bio is very impressive and as my department head at Grasso was a pleasure to work with. My condolences and sympathy go out to the Rocketto family. My he rest in peace.
Bill Donovan
July 22, 2021
Leslie I send my sincere and deepest condolences to you for the loss of your brother And to your family
Debra Castleberry Scahill
July 21, 2021
My sincere condolences to all family members. Hap was a much respected colleague of mine at Grasso. It was a pleasure to hear about his daughters growing up (which included much laughter) while being a supportive friend while had my own family. I will simply always remember his genuine kindness.
Laura Lonardelli (was Krodel)
Work
July 20, 2021
Hap was a friend and a "brother". There many fond memories shooting at the Sound Lab, Quaker Hill and Blue Trail Range. And yes, the pink Flamingo! My deepest and sincerest condolences. Words cannot express my sadness to this loss. You will be missed, but never forgotten.
Nick Kortesis
July 18, 2021
Please accept my heartfelt sympathy to the Rocketto family. Cherish the good memories with Hap
Ann Koziol
July 18, 2021
Rocketto family...it is with the heaviest of hearts that I bid farewell to my good friend, mentor and teacher. Hap was a man of many talents, many stories and many skills. He will be missed for many, many years to come. Sending love and prayers to all of you. May God bless and welcome my dear friend home and may Hap rest in eternal peace. I will miss him but my heart will never forget him. Godspeed Hap...until we meet again. Rick Scheller, Jr and Lynda Baio
Rick Scheller, Jr.
July 17, 2021
Margaret. Please accept my sincere sympathy. I enjoyed reading Hap´s obituary. He was such an accomplished gentleman.
Mary Foley
Friend
July 15, 2021
Showing 1 - 12 of 12 results