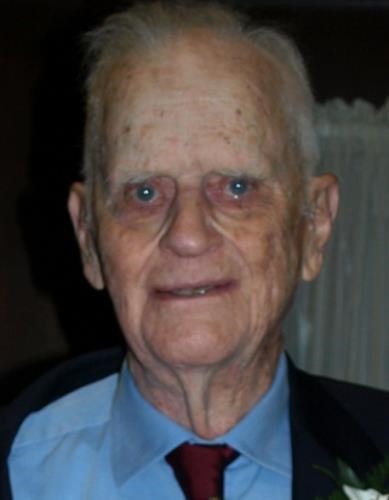 The son of a naval officer, Henry grew up in over ten U.S. and overseas locations. He attended Phillips Academy in Andover, Mass., graduating at the top of his class in 1941, and entered the United States Naval Academy in an accelerated program, graduating on D-Day (June 6, 1944). Henry earned a BE degree in electrical engineering from MIT in 1948, and an MBA degree from the University of Hartford in 1970.

He met his future wife, Evelyn Cope Stryker, while in Virginia on vacation. After Henry proposed at a Broadway performance of "Kiss Me Kate," the couple married at the Williamsburg Baptist Church May 19, 1951. In May of 2021, to their delight, Henry and Evelyn celebrated their 70th wedding anniversary surrounded by close family.

While in the Navy, Henry served in Brooklyn, California, Washington State, Connecticut and Washington, D.C. Henry's naval career spanned World War II and the Vietnam War, including sea deployments, shipyard management and supervision of satellite and electronics programs. On his retirement in 1965, the Peytons returned to the New London area, where Henry worked as a project manager at General Dynamics Electric Boat. The family moved to Houston, Texas in 1977, and returned to East Lyme, in 1987. Henry and Evelyn moved to Mystic, in 2002.

Henry was an inventive and accomplished engineer. He was deeply dedicated to his family, friends and co-workers. Henry had a dry and provocative sense of humor and an astonishing memory; he could recall stories, experiences, poems and lyrics from decades earlier. He was also a skilled ad-libber, cleverly substituting his own irreverent, but always funny word choices into classics like "The Night Before Christmas."

Henry is survived by his beloved wife Evelyn; his children: Thomas Bigda-Peyton and wife Francis, William Peyton and Ellen Glaessner and husband Phil; and his grandchildren: Joe and wife Lindsay, Hope and Sam Bigda-Peyton, Daniel and Steven Peyton and Phil Glaessner Jr.

Funeral arrangements are private. Donations in Henry's memory may be made to the St. James Episcopal Church Endowment Fund, New London, or to the Pawcatuck Neighborhood Center, 27 Chase Street, Pawcatuck, CT 06379.
Published by The Day on Aug. 22, 2021.
To plant trees in memory, please visit the Sympathy Store.
MEMORIAL EVENTS
To offer your sympathy during this difficult time, you can now have memorial trees planted in a National Forest in memory of your loved one.
Funeral services provided by:
Mystic Funeral Home - Mystic
MAKE A DONATION
MEMORIES & CONDOLENCES
Sponsored by Mystic Funeral Home - Mystic.
1 Entry
Evelyn, I´m so very sorry for your loss. I will miss Henry as a customer.
Beth Richard
Work
August 23, 2021
Showing 1 - 1 of 1 results