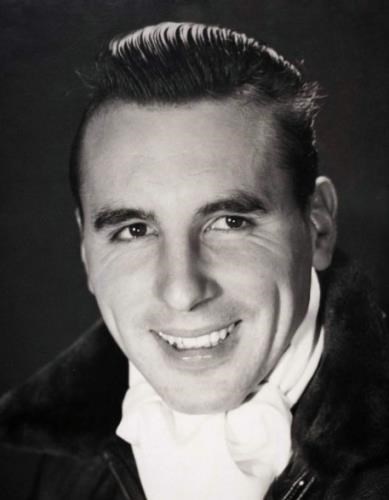 He graduated from Robert E. Lee High School in Arlington, Va. in 1946. After attending college, John entered the U.S. Navy and earned his naval aviator wings in 1950. His military service is highlighted with his command of the Hurricane Hunters Squadron and serving as ship's navigator aboard the aircraft carrier USS Essex. After the U.S. Navy John was the plant manager for the United Nuclear plant in Uncasville.

John provided public service in numerous areas for the town of Ledyard, including serving on the Town Council and the Gales Ferry Fire District. He was a longtime member and senior warden of the Bishop Seabury Anglican Church in Gales Ferry.

John married Linnie McKennie in 1952 for 54 wonderful years until her passing. They had two sons, John V. Lawrence III, deceased, and Charles E. Lawrence, who resides in Gales Ferry. After Linnie's passing, John remarried to Eleanora Quin of Gales Ferry in 2009.

John is survived by his wife Eleanora; his son Charles and his wife Teri; stepsons, Marshall and Creighton Quin and their wives Mary and Jude; his brother Irving Lawrence and his wife Doris of Waterford; and grandchildren, Chris Lawrence of Arizona, Tim Lawrence of Maryland, Kate Yannacci of New Hampshire, Ryan Lawrence of Virginia; and 11 great-grandchildren.

As a legend for our community, John was well-known and greatly respected by a large number of Ledyard residents and will be greatly missed. For more information on John's amazing life, Service time, Virtual Live Stream Instructions and Donation information, please visit www.byles.com.
Published by The Day on Jan. 28, 2021.
To plant trees in memory, please visit the Sympathy Store.
MEMORIAL EVENTS
Jan
30
Funeral service
1:00p.m.
Bishop Seabury Anglican Church
6 Hurlbutt Road, Gales Ferry, CT
Funeral services provided by:
BYLES Memorial Home
MAKE A DONATION
MEMORIES & CONDOLENCES
Sponsored by BYLES Memorial Home.
11 Entries
Actually John was my stepfather. He married my mom in April of 2009. My brother Creighton and I are very grateful to his love and caring for our mother for the short time they shared together. As he was in life, John was in full capacity 'til the time of his death. We thanked him for all he did for us and all who knew him. His work complete, he was ready to meet the lord in heaven and anxiously awaited the lord's next assignment. His memory lives on in all who knew and loved him. May God bless you John, looking forward to seeing you again.
Marshall Quin
Son
February 9, 2021
Dear Chris, Tim and Kate - Your Grampy Lawrence was one of the kindest, gentlest, strongest and most peaceful men I have ever known. He was always wise, even when you were just babies and I was always delighted at any opportunity to see and speak to him. I am glad for the time you had with him when you were young and happy knowing he will watch over all of you in the future. I am grateful to have known him. Carry him in your hearts and listen quietly to hear his wisdom always. Love Aunt Nancy
Nancy Hoye
Family
January 30, 2021
John was one of the most civic minded people we've known. He was always ready to help and serve his community wherever, whenever needed! Thank you for your service John. God bless you. We are thinking of your family at this sad time.
Paul and Sue Billing
Friend
January 30, 2021
First, I would like to Praise the Lord for the life of this remarkable man. My family started attending BIshop Seabury Anglican Church 6 years ago and was blessed to have made the acquaintance of one of the kindest people I have ever met, John, who served on the Vestry. Later on, I had the privilege of serving with him on the Vestry. John set the example of Christ in all he did. He was always willing to help and lovingly helped. He truly had a servant's heart and a great sense of humor. His gentle and kind spirit will truly be missed. May the comfort that only Jesus Christ can give be extended to Elenora and his entire family. May Jesus' comforting words minister to them at this time, John 14:19 "Because I live, you will live also..." Until we meet again in Heaven.
Michelle Boyden
Friend
January 30, 2021
I knew John for a very short time but we shared a birthday Jan 10th. He was a real gentleman and liked by everyone he came in contact with. He will be greatly missed. Sorry I will not be able to come to CT for his service. My thoughts and prayers are with you and the family during this difficult time.
Shirley S Langford
Friend
January 29, 2021
I am honored to be called a friend. John was and is the perfect example of The Greatest Generation. He will be sorely missed by all who were privileged to know him. A humble man who served his Country and God in boundless ways.

Barbara M. Gay
Friend
Barbara M. Gay
January 29, 2021
A wonderful friend, mentor and neighbor, John will be remembered as one of the most influential and inspiring friends of my lifetime. Never giving into age, John was remarkable right up until the end. Knowing John, he will view his own passing as "a new beginning" and surely make heaven a better place for all. So many terrific times were shared with John and his lovely wife Eleanora that I feel blessed and fortunate to have been a part of their journey together. God bless you Eleanora, you are deeply in Joy's and my thoughts. Please call on us at anytime if needed. Heart felt condolences to John's entire family..
John Chapman
Friend
January 28, 2021
John was a highly respected stalwart of the Ledyard and Gales Ferry, CT communities for many years. He served on the Ledyard Town Council and for many years on the Republican Town Committee and Water Pollution Control Authority, establishing infrastructure to enhance the town’s ability to serve its residents well into the 21st century. His friendship, presence and sage influence on the communities he served will be sorely missed by all of us. Our heartfelt condolences go out to Elenora and the families he loved dearly.
The Mendenhalls
Guy & Susie Mendenhall
Friend
January 27, 2021
Uncle Johnny, You were the last on my dad’s side of the family. You are now with Aunt Teel (Linnie), Aunt Derry, Uncle Chip, my parents and all the rest of our family we have lost over the years. Even though you were not my Uncle by blood, you were my favorite Uncle. You were so loving and caring to me and especially Steven. You were there for me whenever I needed help. I wish I was able to see you longer than the few minutes I was able to see you when I came back from Florida. I am very sad that I couldn’t see you more but COVID ruined that. God bless. Love your niece Cindy McKennie Small
Cynthia Small
Family
January 27, 2021
John was a dearest friend and you two were so good and happy together. He is now with our Lord and awaits you to join when the Lord determines. Dear Elenora, I share your sorrow. I shall sit with you whenever you wish. I am a telephone call away, .and always available for you. God bless you and your Family. Evelyn K. 860-460-2796
Evelyn Kennedy
Friend
January 26, 2021
A wonderful man and public servant. John was all about doing things right the first time. Service, commitment and mentoring others. Guy and Susie Mendenhall
Susan Mendenhall
Friend
January 26, 2021
Showing 1 - 11 of 11 results