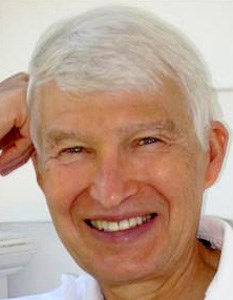 John was born in Pietermaritzburg, South Africa, the son of Gordon P. Wiles and Margaret I. Wiles.

In addition to his wife, Joan H. Wiles and son, Christopher T. Wiles; John is also survived by his brother, Peter T. Wiles of N. Yarmouth, Maine; and several nieces and nephews.

In 1976, John graduated from the Yale University School of Medicine and then completed his internship and residency training in internal medicine at the University of Alabama Hospitals & Clinics in Birmingham.

After his residency, he served in the U.S. Public Health Service as a general medical officer and internal medicine consultant at the Zuni Indian Hospital in Zuni, New Mexico for two years. In addition to his medical responsibilities, he took advantage of the opportunity to learn about Zuni culture and hike and ski in that part of the country.

During the next three years, John completed a second residency training program in dermatology at the University of Arizona in Tucson where he was chief resident during his final year.

In 1984, John moved to New London in order to set up a private practice in dermatology. For the first four years, he also served part-time on the volunteer clinical faculty teaching Yale medical students and residents at the West Haven VA Hospital.

During his 27 years in practice, John was well-known and well-respected in his field and found the practice of medicine to be enormously rewarding. He was both thorough and compassionate in working with his patients, and it was his greatest pleasure to help people.

John served as chief of the dermatology section, department of internal medicine, at Lawrence + Memorial Hospital from 1997 until he retired in August of 2011. He felt very fortunate to have had many years working with his medical partner, Dr. Mary Ann Bentz and his office manager, Edna Silva.

Outside of medicine John had a wide variety of interests. He was a dedicated runner and was often seen running in the area and participating in local road races. He also enjoyed studying mathematics and physics for fun. At one time during college, John considered making piano performance his career. During the last several years of his life, he spent a great deal of time playing the piano which he enjoyed immensely.

John was deeply devoted to his wife, Joan, and son, Christopher, and enjoyed many happy family vacations skiing, hiking in western national parks, camping in the backyard and other places farther afield, and taking white water raft trips on several wild western rivers. Also, vacations spent in their beloved Chautauqua, N.Y. during Christopher's early years were a very special family tradition. John greatly treasured time with his family at home and away.

John's compassionate and loving presence will be deeply missed. He leaves a legacy of dedication to his patients and a deep love of family and friends that will remain in our hearts forever.

John's family wishes to thank the doctors, nurses and staff at The Lawrence + Memorial Cancer Center for their excellent care and tremendous kindness, especially Drs. Richard Hellman and James Hansen, and also Drs. Robert Goldberg and Steven Schoenberger as well as Dr. Mary-Ellen Taplin and her team at The Dana-Farber Cancer Institute. The family is also deeply grateful to Dawn McDermott and the other nurses and staff at The Center for Hospice Care for helping to make John's last few months such a comfortable and positive experience.

Calling hours will be held from 6 to 8 p.m. Tuesday, June 28, 2016, at The Mystic Funeral Home, Rt. 1 in Mystic. A memorial service to celebrate John's life will take place at 2 p.m. Thursday, July 14, 2016, at the Mystic Congregational Church, 43 East Main St. in Mystic. Private burial will be at The Stonington Cemetery in Stonington.

In lieu of flowers, donations in John's memory may be made to Lawrence + Memorial Hospital, Office of Development, 365 Montauk Ave., New London, CT 06320 or Doctors Without Borders, 333 Seventh Ave., New York, NY 10001.
Published by The Day on Jun. 25, 2016.
To plant trees in memory, please visit the Sympathy Store.
MEMORIAL EVENTS
Jun
28
Calling hours
6:00p.m. - 8:00p.m.
Mystic Funeral Home - Mystic
Route 1 51 Williams Ave., Mystic, CT
Jul
14
Memorial service
2:00p.m.
Mystic Congregational Church
43 East Main St., Mystic, CT
Funeral services provided by:
Mystic Funeral Home - Mystic
MAKE A DONATION
MEMORIES & CONDOLENCES
Sponsored by Mystic Funeral Home - Mystic.
16 Entries
I am deeply saddened to read about John's passing. He was one of my childhood friends - We were neighborhood kids who played "football", shared the long rides back and forth to Pine Point School or just hung around in the woods of the Black Gardens. We were both faculty children and enjoyed the free range of the Connecticut College campus...John was part of the "pack"! I last saw him at a Pine Point reunion - it was such fun to see the "Wiles" boys and rehash our memories. John was always kind and thoughtful. I know he will be missed greatly...but he left us with images of good times and I am certain, much love.
Julie Webster
Friend
April 20, 2020
I was so sorry to read about Dr. Wiles. My husband and I were long time patients of his and missed him greatly when he retired although we were happy that had that time to spend with his wife and son. He will be missed by many.
Sandy and Harry Clarke
July 18, 2016
Joan and Christopher,
I was so saddened to hear of John's passing Keeping you in my prayers...
Denise Walstra
July 18, 2016
To Joan & Christopher,
Your husband and Dad was our family dermatologist for too many years to count... He was a gentle man that excelled in whatever he set his mind to - We, personally, are glad he chose to set his mind on dermatology ....His soft spoken manner created the deep respect our family had towards him ... Our prayers go out to the entire Wiles family ...
Scott, Dale, Matt, Pete & Dan Rahl
July 4, 2016
Frank was Dr. Wiles barber for many years and liked him very much.

I was his patient for a short time before he retired but soon understood why. He was very caring.

He will be missed.
Frank and Gloria Sinopoli
July 2, 2016
To the Wiles family,
Not only was John Wiles a fine doctor, he had a wonderful attitude/bedside manner. Once, when our son and I asked about the liquid nitrogen that he used to freeze off warts, he took the time to show us how it was delivered to him and he answered our questions. On several occasions we met him at performances of the Eastern Connecticut Symphony Orchestra.
May his memory be for a blessing.
Sue and Stuart Miller
June 26, 2016
Joan-I am so sad to learn of John's passing. Seems not that long ago when you first came to New London and we started to share stories of our families. I will be thinking of you and Christopher as the days go bye. Take care of yourself. Carol Powell
June 26, 2016
Joan & Christopher. I learned of his passing today and I am terribly shocked and sad. I have so many fond memories of working for him and will always appreciated his knowledge and dedication to those that worked with him and to those that were treated by him. His love for medicine was above reproach. I have never worked with anyone like him before or after. He was simply one of a kind. Sending you both my love and deepest condolences.
Pamela Dodd
June 25, 2016
Dear Chris,
I'm so sorry for your loss my friend. I didn't know him but it suffices to see what kind of son he raised to get an idea what a loving and caring person he was. It might help to know that we are all leaving one day and we will reunite with our loved ones on the other side. All we can do here is pray for them and make them proud and I'm sure you're doing a very good job.
My sincerest condolences my friend!
Hussein Mhanna
June 25, 2016
Deborah and I were privileged to be John's patients in his dermatology practice, and I shared his friendship at Ariston. We will miss John greatly, and send our love to Joan and Christopher. Jon Butler
Jonathan Butler
June 25, 2016
To the Wiles family:
Dr. Wiles was "the family dermatologist" until his retirement. He,Dr. Bentz and everyone in his practice always treat(ed) us with kindness,compassion and a wickedly good sense of humor. Whenever something needed to be excised for biopsy, he always reminded us that a scar could happen and to go somewhere else if cosmetics were more important. We always decided that the scars were "trophies" and badges of the importance of good health. He will be missed by all who had the privilege of knowing him. Sincere condolences to your family.
Jeri Baker and the Baker Family
June 25, 2016
Joan and Christopher I'm so sorry to hear this sad news. Working for this wonderful man for almost 10 years was a honor and a privilege. I loved hearing all the adventures that all of you had, and how proud of Christopher he was. He was loved by all of his patients and staff and will be missed by all.
Suzanne laBant
June 25, 2016
We were so sadden to hear of Dr Wiles passing. He was a wonderful doctor and wonderful man. May god bless you and your family.
Arlene Devlin
June 25, 2016
Oh Joan I am so sorry. Please know that my thoughts and prayers are with you. Please take care.
Carlene Stangle
June 25, 2016
We are saddened to know that Dr. Wiles has passed. He was such a compassionate and dedicated doctor. He never made us feel like we were rushed when we went for an appointment. We had many discussions about family with him and he shared stories about his son with great pride. He certainly was one of the best doctors in the region! We are deeply sorry for your loss.
Marguerite & Norman Glidden
June 25, 2016
Joan and Chris,
We are heartbroken with your loss of John. May your wonderful memories help you through your deep sorrow. We are especially grateful for his relationship with Connor...a 2nd dad and 'best friend'. We are all blessed for having known him all these years. You are in our daily thoughts and prayers.
Love, Eileen, Jim, Connor and Jillian
Eileen Kelly
June 25, 2016
Showing 1 - 16 of 16 results