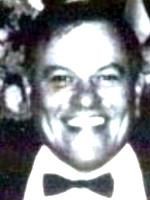 He enlisted in the U.S. Navy directly out of high school in 1954, and soon attended the Submarine School in Groton-New London. He served on several submarines: the USS Stickleback (SS-415), the USS Growler (SSG-577) commissioning crew, and the USS Ethan Allen (SSBN-608) commissioning blue crew - the lead ship of her class. His most memorable experience was throwing the last toggle switch on the SSBN-608 in May 1962, that launched the Polaris Missile with a live thermonuclear bomb from a submerged submarine at Christmas Island during Fleet Operation DOMINIC. Joseph was extremely proud of his naval career, and often spoke about his experiences when stationed in Hawaii, along with his visits to Japan, and China.

Joseph married his beloved wife Anne in 1962, in New Haven. He later attended the University of Illinois graduating with a BSEE degree in 1967. They moved back to Connecticut, and Joseph joined General Dynamics Electric Boat Division in 1968. He remained at EB for his entire career working on acoustics, sonar, ship silencing, project management and Trident submarine lifecycle support programs.

He remained active in the Navy and received a direct commission as a reserve engineering duty officer in 1972, and upon retirement, held the rank of commander serving as the executive officer of NAVSEASYSCOM Submarine Directorate (SEA 92) reserve officer detachment. Joseph was inducted into to the prestigious submarine Holland Club in 2005, a group of submarine veterans that have been "qualified in submarines" for a minimum of fifty years.

Joseph loved dancing, especially the twist with Anne. Anne and Joe enjoyed hosting Hawaiian luaus, pig roasts, Halloween, Christmas, and New Year's Eve parties. Joseph was a great father to his sons participating in YMCA programs with them, coaching little league teams and taking part in scouting activities. Joseph was a member of the Knights of Columbus, volunteering every year at the Lady of Lourdes Church festival. Joseph was very proud of his Polish heritage and thoroughly enjoyed the Polkabration at Ocean Beach each year.

Joseph was laid to rest at the Avery-Stoddard Cemetery in Ledyard. As it was not possible, due to COVID-19, to hold a funeral at the time of his passing in 2020, A Memorial Mass will be held at 11 a.m. Saturday, Nov. 27, at Saint Augustine's Church, 55 Hopewell Road, South Glastonbury. Please visit www.byles.com to share a memory or condolence with the family.
Published by The Day on Nov. 21, 2021.
To plant trees in memory, please visit the Sympathy Store.
MEMORIAL EVENTS
Nov
27
Memorial Mass
11:00a.m.
Saint Augustine’s Church
55 Hopewell Rd, South Glastonbury, CT
Funeral services provided by:
BYLES Memorial Home
MAKE A DONATION
MEMORIES & CONDOLENCES
Sponsored by BYLES Memorial Home.
3 Entries
Kevin & Joe
I miss both your parents! They were great neighbors & always so kind. They gave great parties & Tom & I had our first pig roast there. He still talks about the pool get togethers. Your mom took over the mom role for me when my own mother died. Diane & I still talk about & miss them both. Thoughts & prayers are with you.
Karen Chapman
Neighbor
November 29, 2021
My condolences to the the Paskale family for your loss, Joe was good man. I worked with Joe at EB in the late 70´s, as a "civilian" among the many ex-Navy workers. You Dad was a submariner through and though, and spoke in a unique dialect of almost continuous acronyms describing Navy projects, organizations and systems i.e. TRITRAFAV, NAVSEA, etc. My group of young employees designated Joe as the RAK, or resident acronym king! Smooth sailings Joe. RIP
Don Lewis Jr
November 24, 2021
Dear family and friends of Joseph’s,

On behalf of the United States Submarine Veterans, we offer our sincere condolences at Joseph’s passing. Please know that you are in our thoughts and prayers. We are always saddened whenever a fellow “Bubblehead” leaves on Eternal Patrol. He served with honor on the USS Stickleback (SS-415), USS Growler (SSG-577) and USS Ethan Allen (SSBN/SSN-608).

To our “Brother-of-the-Phin” we say, “Sailor, rest your oar. We have the watch. Fair Winds and Following Seas.” Thank you for your service to our country.
“May the Lord of peace himself give you peace at all times in every way. The Lord be with you.” 2 Thessalonians 3:16 (ESV).