Martha Wright
1923 - 2016
BORN
1923
DIED
2016
Martha Wright, an actress who was known best for her performances on Broadway and television, has died, according to multiple news sources.

Wright, who died March 1 in Newburyport, Massachusetts, was 92. No cause of death was announced.

A coloratura soprano, Wright was a promising opera and radio actress when she debuted on Broadway in 1947's "Music in My Heart," which closed the following year.

Success on Broadway continued when she replaced actress Mary Martin in "South Pacific" as well as "The Sound of Music." In all, Wright played more than 1,200 Broadway performances, most of them as Martin's replacement.

"I was so surprised, you could have knocked me over with a feather," Wright once said about replacing Martin.

"I thought I was being considered for the touring company to replace Janet Blair," she said, "and not as Mary Martin's replacement on Broadway."

Wright co-starred in the musical ghost story "Great To Be Alive!" in 1950.

Click to get weekly celebrity death news delivered to your inbox

She transitioned easily to television, where she appeared on variety shows. She hosted "The Bell Telephone Hour" and, later, her eponymous show Sunday nights on ABC.

Wright was born Martha Lucile Wiederrecht March 23, 1923, in Seattle. She borrowed her mother's maiden name for her stage name.

In 1955, she married restaurateur George Manuche. They had four children.

A previous marriage, to T.W. "Teddy" Baumfeld, ended in divorce.

Wright was preceded in death by her second husband, in 2013. She is survived by three daughters, Maria Manuche, Javyvie Anderson and Jenny Vellante; a son, Michael Manuche; and 10 grandchildren.
Published by The Day on Mar. 10, 2016.
MAKE A DONATION
MEMORIES & CONDOLENCES
17 Entries
I loved & admired her. What a singer! And v charismatic in a sometimes quiet way. R.I.P.
Marya Berry
September 14, 2020
I'm sorry for your loss
Danielle Clay
November 25, 2019
Valenda Newell
November 20, 2016
Martha's family please accept my condolences. I just found out today she was gone, I was hoping she would make it to her birthday. She had a beautiful voice and it's too bad there aren't more of her recordings available or even her show. I'm sure she was perfect as Nellie and Maria and she will always be the voice that ushers the Christmas season into my home. Much love to you Martha.
Laurin
March 17, 2016
To the family, may you look to God and His Word for comfort.
March 16, 2016
Thank you for sharing a part of your life with us.
Harry Simpson
March 14, 2016
May your hearts soon be filled with wonderful memories of joyful times together as you celebrate a life well lived.
Evette
March 14, 2016
Please accept my condolences on the loss of your love one.
March 14, 2016
My condolences to the family and friends. God has promised a wonderful hope for the future for all who have passed away 1 Tessalonians 4:14.
March 14, 2016
Rest in Peace
Scott Chamberland
March 11, 2016
In God's care, rest in peace.
Dwayne Bickham,Sr.
March 11, 2016
my condolences to the family and friends. May the fond memories of your loved one carry you through this difficult time as you look to our loving heavenly father for strength "For he is near to those broken at heart ". Ps 34:17,18
March 11, 2016
My sincere condolences to the family. Make God your stronghold during this difficult time.He will give you the strength you need by holding you in his everlasting arms-Deuteronomy 33:27.
Lynn
March 11, 2016
May the God of comfort and tender mercies give you peace.Wright family I'm truly sorry for your loss.
L
March 10, 2016
Sorry for your loss,may God comfort and give you peace.......
March 10, 2016 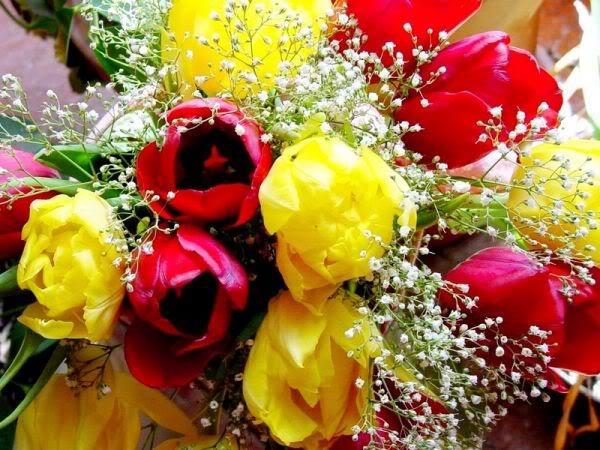 March 10,16
Dear Wright family,
We all have a gift, but her gift
will truly be missed, in harmony
with 1Corinthians 7:7
Nevertheless,each one has his
own gift from god,one in this
way, another in that way.
Encouraging scripture:
Lisa Hendrix
March 10, 2016
We'll miss you !
Adrian Barnette
March 10, 2016
Showing 1 - 17 of 17 results