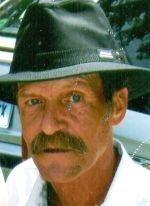 As a solider in the U.S. Army, Mike served honorably from 1971-1974. For more than 20 years he was employed with City of New London Department of Public Works, and continued working at Shalett's Dry Cleaners for the past seven years.

During most of his free time, Mike could be found selflessly devoting many hours to the Casmir Pulaski Post #1, Polish-American Veterans Club of New London, where he also served as permittee and past commander.

Mike lived his life to the fullest and built everlasting friendships through the many camping trips, horseshoe pits, bowling leagues, jazz festivals, card games and sled tracks; each memory filled with unforgettable laughter and stories to last a lifetime.

His undeniable passion for NASCAR could easily be seen in his home and his wardrobe, all adorned with the infamous "intimidator" Dale Earnhardt.

His sense of humor and unique personality are unmatched and will live on in those he has left behind; his children, Mike Rix and wife, Kim, of Montville, Colleen Rix and spouse, Joseph Rogulski, of Montville, stepchildren, Melissa Maynard of Waterford, Jenaya Schneider of Portland, Jeremy Schneider and wife, April, of Waterbury. He also leaves behind two brothers, William Rix of Flanders, James Rix of Port St. John, Fla.; nine grandchildren; and his cherished dog, Brandy.

"You've got to be closer to the edge to win. That means sometimes you go over the edge, and I don't mean driving, either" - Intimidator

The family will receive friends and loved ones from 10 to 11 a.m. Saturday, Nov. 7, at Thomas L. Neilan & Sons East Lyme Funeral Home, 48 Grand St., Niantic, with a service following and burial at East Lyme Cemetery.

Condolence messages may be left on Mike's memorial page at www.neilanfuneralhome.com.
Published by The Day on Nov. 4, 2015.
To plant trees in memory, please visit the Sympathy Store.
MEMORIAL EVENTS
To offer your sympathy during this difficult time, you can now have memorial trees planted in a National Forest in memory of your loved one.
Funeral services provided by:
Thomas L. Neilan & Sons East Lyme Funeral Home
MAKE A DONATION
MEMORIES & CONDOLENCES
10 Entries
I am so sorry for your loss. Mike was such a good guy and lots of fun to be around.
Diane Perkins Sullivan
Diane
November 5, 2015
I'm so sorry to hear of Mike's passing. I had the pleasure of meeting Mike, through Barb. I also worked at Shalett's. I have a picture of myself with Barb, Mike, and two friends in the Polish Club. It always makes me smile.
Patricia Lally
November 13, 2015
Barbara, so sorry to learn of Mike's passing...so many memories...I hope all the love and care you and your family gave to Mike will bring you comfort....God Will Hold You All In His Loving Hands
Mary Louise Reardon
November 6, 2015
Rix family, Mike was a good guy and I will miss him.Will always remember the fun times we had Bowling
JoAn
November 6, 2015
Jim bailey step brother tell dad hi mike
then
November 5, 2015
John and I were very sorry to hear of Mikes passing. Our condolences to your family.
John & Allison Hislop
November 4, 2015
Barbara,
I remember Mike from almost 50 years back when I went to school with you and him in East Lyme. I am sorry to hear of his passing and the obit was right on. He had a unique personality and a wonderful sense of humor. Very sorry for your loss.
Jeff Alling
November 4, 2015
Barbara, My thoughts are with you and your family. Mike's friendship and sense of humor will be missed by many. May you draw comfort from cherished memories of a life well lived.
Michele Brighton
November 4, 2015
You are going to be so missed you were full of life and funny jokes we have so many memories of you at the club God Bless. Sleep well until we see you again! Bugeye Cindy Peter and Hayley
William Cindy Burdick Jarvis
November 4, 2015
Barbara,
I am so sorry for your loss. Mike was so much fun and always was so friendly and nice to me. I will always remember Nascar Sundays at the club. Also, him giving me the opportunity to bar tend there. Lots of laughs and fun. Keep your memories close to your heart. He will be missed. Love you!!! If you need anything please let me know.
Vicki (Muscarella) Strickland
November 4, 2015
Showing 1 - 10 of 10 results