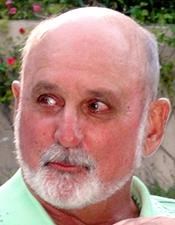 Paul received his undergraduate degree from Babson College where he was an active alumnus, and did graduate work at the University of Miami. Paul and his father owned and operated Dart & Bogue Lumber Company in Quaker Hill. Paul also owned a children's day care center and a patio furniture business. He served on the board of directors of several professional and civic organizations, as well as a term as president of The Lumber Dealers Association of CT. Paul received the Outstanding Service Award from the Lumber Dealers Association and the Home Builder's Association of CT, and was selected by Home Center Magazine as one of the 15 outstanding young men in the home center industry.

After moving to St. Petersburg, Fla. in 1981, Paul became a real estate investor and respected businessman/leader and discovered his passion as a dedicated and generous Rotarian. Paul joined the Rotary Club of St. Petersburg West in 1989 and the Rotary Club of Central Citrus after moving to Black Diamond Ranch, in Lecanto, Fla. in 2003. In both communities, Paul devoted countless hours to Rotary charities, serving as president in both clubs, working tirelessly on many local and international projects and raising substantial funds for the fight to eradicate polio. He was chosen as District Rotarian of the Year in 1998-1999, and, in 2002-2003 served as district governor for Rotary District 6950. After completing his governor year, Paul served in a number of zone positions and was a Rotary instructor for many years. In recognition of his significant contributions, Paul was honored by Rotary with its highest awards, including the Rotary Foundation Citation of Meritorious Service Award, the "Distinguished Service Award" and Rotary International's "Service Above Self" award. Paul also proudly served as a member of the board of directors of Nature Coast Bank.

Paul was known for his kindness, generosity and big heart. Beyond Rotary, Paul participated in many philanthropic endeavors, including, together with his sister's family, the creation of the Slosberg-Andersen Woodlands, a land grant made for environmental preservation in Connecticut, as well as the dedication of the MOS spiritual office in Glavin Chapel at Babson College. But more than anything Paul loved his friends, his family and the game of golf!

He is survived by his partner, Ellie Mullinex; his sister, Elaine Slosberg Andersen, his devoted brother-in-law, Dudley George Andersen; his niece, Kara Andersen Reiter (Jeff); his nephew, Scott David Andersen (Susie); five great-nieces and nephews in California; a host of cousins, and several young adults to whom he opened his home and heart through Rotary International exchange programs. He was adored by all.

Contributions in Paul's memory may be made to the Rotary Club of Central Citrus Foundation for the annual Paul W. Slosberg Scholarship established in his honor for students at the Withlacoochee Technical College in Inverness, Fla.; the Citrus Hospice in Lecanto, Fla.; or the Smilow Cancer Center at Yale-New Haven Hospital (in recognition of the loving care he received from Dr. Rogerio Lillenbaum and Ms. Vanna Dest). For information/addresses for these contributions or if you wish to share remembrances, you may contact Paul's sister, Elaine Slosberg Andersen, at [email protected] or friend and Rotarian, Nancy Ayres at 352-279-5058.

There will be a celebration of life from 1 to 4 p.m. Sunday, April 15, at the Black Diamond Club House, Lecanto, Fla., with a second celebration for family and close friends in Connecticut this summer.
Published by The Day on Mar. 18, 2018.
To plant trees in memory, please visit the Sympathy Store.
MEMORIAL EVENTS
Apr
15
Celebration of Life
2:00p.m. - 4:00p.m.
Black Diamond Club House
Lecanto, FL
Funeral services provided by:
Fero Funeral Home with Crematory
MAKE A DONATION
MEMORIES & CONDOLENCES
Sponsored by Fero Funeral Home with Crematory.
1 Entry
Elaine and Andy and all the Slosberg family, my condolences! Paul was indeed a very special person and very generous!Deborah
Deborah Williams
March 18, 2018
Showing 1 - 1 of 1 results