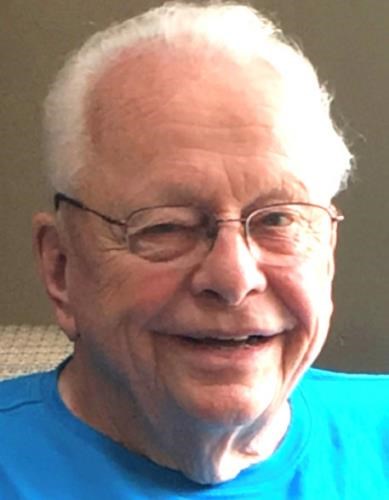 He attended local schools and graduated from the former Chapman Tech High School. He started his career right out of high school, working with his dad as a licensed electrician and eventually taking over the family business. He switched careers and became the very first superintendent for the Town of Waterford Utility Commission.

He was united in marriage to the former Suzanne (Durand) Hoelck, July 30, 1977, spending 43 wonderful years together. Spencer lived and raised his family in Waterford on Niantic River Road. Weekends were spent at his second home in Vermont, skiing and snowmobiling. Upon retirement, Vermont became their permanent home where they enjoyed hosting their many friends and family.

Spencer was a lifetime member of Oswegatchie Fire Company No. 4 and served as chief for 11 years. He was president of the Lions Club, member of the County Chiefs Fire Association, the Tax Review Board for the town of Waterford and served as 3rd Selectman for the Town of Waterford. He moved back to Waterford in 2014 to be close to family.

Spencer will be remembered for his quick wit, love of his family and the famous Fourth of July parties hosted together with their loving neighbors.

A graveside service will be held at 10 a.m. Friday, Dec. 18, 2020, at Jordan Cemetery in Waterford. In his memory, donations may be made to Oswegatchie Fire Company No. 4, 441 Boston Post Road, Waterford, CT 06385. The Impelliterri-Malia Funeral Home has been entrusted with his care.
Published by The Day on Dec. 13, 2020.
To plant trees in memory, please visit the Sympathy Store.
MEMORIAL EVENTS
Dec
18
Graveside service
10:00a.m.
Jordan Cemetery
Waterford, CT
Funeral services provided by:
Impellitteri-Malia Funeral Home
MAKE A DONATION
MEMORIES & CONDOLENCES
Sponsored by Impellitteri-Malia Funeral Home.
5 Entries
Spencer was a very giving and generous man. He was always the go-to guy for the weather forecast in VT. He will be missed. We are grateful to have had the opportunity to know him.
Jim and Rashita
Friend
December 17, 2020
Sorry to hear of your loss.
Clifford e Allyn jr
Coworker
December 16, 2020
Co-worker and friend great times,sadly missed by all. Ed White, Sebastian ,Fl.
Ed white
Friend
December 15, 2020
Neil and Pamela...please accept our deepest sympathies for your loss.

Skip and Nancy Guzy
Skip Guzy
Neighbor
December 14, 2020
To the Williams/Hoelck Families: I am so very sorry for your loss. I remember how Spence would light up a room with his smile & his awesome sense of humor. He would always make me laugh whenever I saw him. May your loving memories of him sustain you through this very difficult time. Much love, Mary (Kent) Thompson
Mary Thomp
Friend
December 13, 2020
Showing 1 - 5 of 5 results