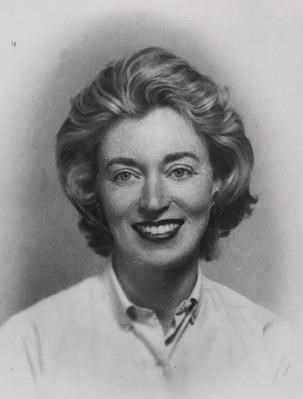 Beverly Plaut Rothschild of Rancho Mirage and formerly of Maplewood, New Jersey, passed away peacefully Sunday, May 9th at the home she had shared for 15 years with her husband William, who passed away in 2015. Beverly was born in Terre Haute, Indiana in 1922 and lived with her father Michael Plaut and mother Harriet in Indianapolis until moving to Beverly Hills where Beverly and her older sister Margret attended Beverly Hills Highschool.

Beverly was the Art Director for the "Watchtower", the Beverly Hills High yearbook and after graduating in 1940 was awarded a scholarship to The McDowell School of Costume Design in New York City.

While living in New York City with her mother and sister, Beverly worked as a fashion artist for several dress designers. In 1946 she met her future husband William Rothschild of Montclair, New Jersey who had recently returned from service in the army in Europe.

William and Beverly lived for 60 years in Maplewood, New Jersey raising two sons, Jeffrey and Mark Rothschild. Beverly established her own decorating and art consulting business in which she remained active until moving full time to Rancho Mirage in 2007. Beverly leaves behind her two children Mark and Jeff Rothschild, her grandchildren, Harriet, Isaac, and Jackiel, her daughter in law Marieke Rothschild, Kay Warren, and many others who cared for her. Services will be held at Desert Memorial Park on Thursday, May 13th at 9:30am.


Published by The Desert Sun from May 11 to May 12, 2021.
To plant trees in memory, please visit our Sympathy Store.
MEMORIAL EVENTS
May
13
Service
9:30a.m.
Desert Memorial Park
CA
Funeral services provided by:
Forest Lawn - Cathedral City
MAKE A DONATION
MEMORIES & CONDOLENCES
Sponsored by thedesertsun.com.
0 Entries
Be the first to post a memory or condolences.