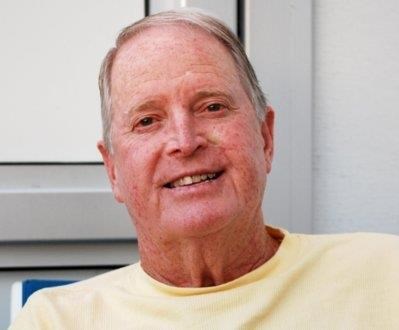 Kalispell, MT - On February 18, 2018 we lost a wonderful, generous, kind person in Kalispell, MT. Dick had moved from Bermuda Dunes in June 2017 to enjoy the beauty of Whitefish, MT.

Dick was born in Deadwood, South Dakota on February 15, 1943 to Charles (Red) and Ruby Crane. Shortly thereafter, the family moved to Las Vegas were Dick attended school. He graduated from Las Vegas High School and entered the Navy. He spent his time on a destroyer on coast watch in the Pacific.

After his service, he joined Grand Rent a Car dba Avis. He spent 38 years with them. His best times at Avis were when he mentored his employees to do their best and advance through the positions to become part of management. At his retirement in 2001, his old employees came to thank him for all that he had done for them, because without him they would not be where they were today. After Avis, Dick worked 9 years for the Augustine Gaming Commission as Director of Compliance.

In his spare time, Dick raced drag cars in the early 60's winning the championship in his class. In 1999, Dick won the championship in drag boats in the Pro Mod class in the International Hot Boat Association. After retiring from going fast and straight he developed a love for going slow and up in his jeep. He also loved water skiing and golf.


Published by The Desert Sun from Mar. 10 to Mar. 12, 2018.
To plant trees in memory, please visit the Sympathy Store.
MEMORIAL EVENTS
To offer your sympathy during this difficult time, you can now have memorial trees planted in a National Forest in memory of your loved one.
MAKE A DONATION
MEMORIES & CONDOLENCES
Sponsored by thedesertsun.com.
4 Entries
Toodle-loo, Dad. I will see you again in heaven. Hold a spot for me at the table. I love you!
Mark Crane
Son
May 14, 2018
A very personal friend whom I will always cherish and so very sad to have seen him go. One person th
March 18, 2018
Vaya con Dios, my dear dear friend.
Linda Vivian
March 13, 2018
Misty Hogan
March 12, 2018
Showing 1 - 4 of 4 results