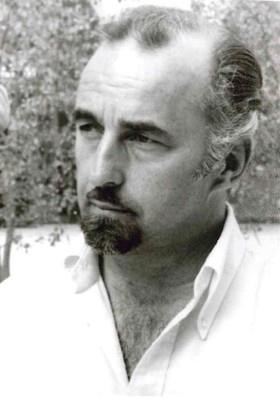 He was born on August 29, 1926 to Richard and Belva Thorpe in Los Angeles, California.

Jerry married his wife Diane on December 17, 1985 in Los Angeles, California, and they have a son Trevor Thorpe of Santa Barbara, California. Jerry is also survived by his daughters and son Tiana, Trish, and Tracy, and grandchildren Angelo and Tyler Thorpe.

Jerry was an Emmy Award-winning Television Director and Producer, with a career spanning more than four decades. He shares a star on the Palm Springs Walk of Stars with his father Richard, a Director of MGM Motion Pictures. He was Executive Producer and directed many episodes of "Kung Fu" with David Carradine (1972-1975). In 1973, he was awarded the "Outstanding Directorial Achievement in Drama" Emmy for the episode "An Eye for an Eye."

A graveside service will be held Saturday, November 10, 2018 at 10:30 am at Desert Memorial Park, Cathedral City, California.


Published by The Desert Sun on Oct. 11, 2018.
To plant trees in memory, please visit our Sympathy Store.
MEMORIAL EVENTS
Nov
10
Graveside service
10:30a.m.
Desert Memorial Park
Cathedral City, CA
MAKE A DONATION
MEMORIES & CONDOLENCES
Sponsored by thedesertsun.com.
6 Entries
Thinking of Diane , Trevor and Jerry's family .
I was Trevor's nanny when he was born and have lovely memories of being with Jerry, Diane and Trevor over a number of years , as well as the occasional al visit back to California.
Will always be remembered. Jerry was a very kind, gentle man.
Debbie Prendergast
Friend
October 5, 2020
Loretta Clements
Friend
May 21, 2020
My deepest condolences to Diane, Trevor and Jerry's two daughters. Jerry was my customer at Smoketree Secretarial in Palm Springs for at least 10 years. What a kind and wonderful man he was. Sorry this is so late, but for some reason I was thinking about Jerry and Diane today. Many prayers and good wishes to his family. Loretta Clements
Loretta Clements
May 21, 2020
Deepest sympathy to Diane,Trevor and Jerry's family.A true gentleman. So sorry to hear of his passing. Thinking of you all.
Deborah Prendergast
December 30, 2018
I was Jerry's barber for many years. I just heard of his passing. I'm so sorry I didn't attend his service. He so loved his family. He will be missed. RIP my friend.
Jennifer Geer
Jennifer Geer
December 22, 2018
Hoped to get the services. Fires in LA detours us. Long, long ago, when I was young, we had some adventures. I, a starting writer, he directing. Many lessons learned, some intensity, and minor mayhem, that in retrospect has only become rich with largely appreciation. I am grateful. Sorry to have not seen him in decades, and hope his last 28 years in Palm Sorings were blessed.