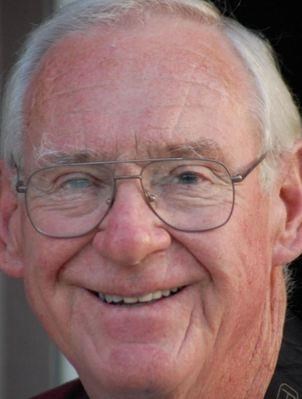 John A. Tynan, aka Jack Tynan, died in Palm Desert on February 13, 2018, at age 90, following a long battle with Alzheimer's. He was born Matthew John Anthony Tynan in Ireland on August 21, 1927, and grew up in the town of Clonmel in County Tipperary. The oldest of three children, he was the son of John James Tynan and Katherine Corbett. At the age of 20, Jack bought passage on a freighter ship to the United States, arriving with only $5 in his pocket. Pursuing his love of language, he began a career in journalism, beginning as a copy boy at the New York Herald Tribune, where he was allowed to write an occasional Jazz review.

While living in New York City, he met the love of his life, a local Brooklyn girl named Corinne Pearl Wagner. They married in 1950, soon moving to Los Angeles where they started their family. Jack's passion for Jazz led to a job as a writer and editor for Down Beat Magazine where he covered the West Coast Jazz scene from 1955-1965. He was an influential Jazz critic during a decade when the music was undergoing significant transformations. Through his writing, Jack championed racial equality in the music industry, and investigated and advocated musicians' attempts at beating heroin addiction. After 1965, he went on to join the news writing staff at KABC Radio and TV where he earned two Golden Microphone awards for excellence in broadcast news writing.

Jack was predeceased by his beloved wife of 54 years, Corinne, his brother Liam, and his sister Joan. He is survived by his children, Tara Rhodes, Gwyneth Tynan, Laurence Tynan, and Daniel Tynan, nine grandchildren, and two great grandchildren.

His children, grandchildren, and great grandchildren loved their "Papa", "Grandpa", and "Fafa" dearly and will miss his free-thinking, intellectual musings, his natural curiosity, and his friendly personality, where he had the ability to strike up a conversation with absolutely anyone because he had a genuine interest in other people's stories. He was a natural journalist.


Published by The Desert Sun on Mar. 17, 2018.
To plant trees in memory, please visit the Sympathy Store.
MEMORIAL EVENTS
To offer your sympathy during this difficult time, you can now have memorial trees planted in a National Forest in memory of your loved one.
MAKE A DONATION
MEMORIES & CONDOLENCES
Sponsored by thedesertsun.com.
2 Entries
Deepest sympathy to family, from an old Clonmel acquaintance
Brian C Phelan
March 21, 2021
An honor to have known you, Jack. A privilege to have shared so much time with your family. Love and peace to you and all of the Tynan clan.
Bill Hochhaus
March 17, 2018
Showing 1 - 2 of 2 results