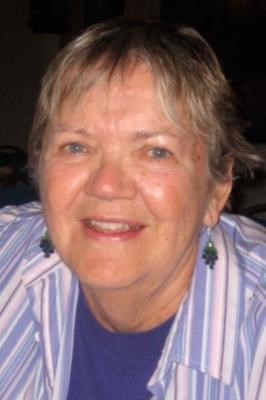 Mary L. Beeson died peacefully at home in Palm Springs on September 27, 2015, after having completed a well-lived life. She had lived in Palm Springs full-time since 2011 and part-time since 2002. Before that, she had lived in Boston, San Francisco, San Jose, Chicago, Tampa (FL), New York City, North Dakota, Nepal, Borneo, and Hartford City, Indiana. She traveled extensively, visiting every continent except Antarctica and Australia. She particularly loved Mexico and spent time in Oaxaca whenever she could. Mary was born in Indianapolis, Indiana, to Earl and Mary Elizabeth Beeson on September 21, 1943. Although she spent her early years in Hartford City, Indiana, the family moved to Chicago's South Side before Mary started elementary school. She was the first member of her family to go to college, attending the Chicago campus of the University of Illinois. After graduating, she surprised her family by announcing she was joining the Peace Corps. After a training period in Hawaii, she lived on Borneo for two years, working as a teacher. Her days of traveling and service had begun. Upon leaving the Peace Corps, Mary taught for six weeks in Thailand, then lived in Katmandu for a while before returning to the United States to earn her master's in teaching from Columbia University in New York City. After receiving her master's, she moved to North Dakota to teach school on an Indian reservation. While in the Peace Corps, she had begun corresponding with a soldier in Viet Nam, Daniel Mannix. They moved to Florida together, where they were married in 1974, In Florida, Mary taught at an alternative girls' high school and worked to pass the Equal Rights Amendment. The marriage ended several years later. Mary decided to return to Chicago and began working as a paralegal. Realizing that she was as smart as the lawyers she worked for, Mary went to law school, graduating from Northwestern University's School of Law in 1982. She accepted a position at a large private law firm in Chicago. In 1984, she met Edith D. Balbach; their relationship lasted until Mary's death. They were married in 2004, when Massachusetts became the first state to allow gay marriage. In addition to being life partners, Edith and Mary were best friends for their 31 years together. In 1987, Mary was ready to move again. Having vacationed in San Francisco, she was interested in living there, which also made it possible for Edith to pursue her PhD at Berkeley. In the Bay Area, Mary initially worked at another large private law firm, but was not happy with the work. She eventually began working in the law department of San Jose's Redevelopment Agency. When she retired from the Agency in 2000, she was head of the law department. While there, she supported efforts to build the Children's Discovery Museum, the Repertory Theatre, and other projects that she felt made a difference to those who lived in San Jose. After retiring, Mary lived in the Boston area where Edith was teaching. Unhappy with winter living, they bought a condominium in Palm Springs, where Mary spent much of the winter, while Edith commuted. Edith retired in 2013 and was able to spend Mary's last two years with her full-time. Mary was preceded in death by her parents and her brothers, Jack and William. She is survived by Edith and her niece, Lisa DiSalvo. A gathering to celebrate Mary's life will be held after the first of the year.

To view or sign this guestbook, please visit: desertsun.com/obituaries


Published by The Desert Sun on Oct. 7, 2015.
To plant trees in memory, please visit the Sympathy Store.
MEMORIAL EVENTS
To offer your sympathy during this difficult time, you can now have memorial trees planted in a National Forest in memory of your loved one.
MAKE A DONATION
MEMORIES & CONDOLENCES
7 Entries
Mary and I met in high school. We were 14. She was sweet, funny and very,very smart. I am so proud to have known her. She and Edith had a wonderful journey. Rest in Peace
Margaret Luna
October 9, 2015
We are sorry to learn of the passing of Mary, but grateful for her service to our nation with the Peace Corps in Malaysia.

Our Condolences,
-The National Peace Corps Association
October 9, 2015
Having only known Mary for a short period of time, when she was most ill, I came to know her as a caring and compassionate lady. More concerned for the comfort of those caring for her (and her pets), than herself. It was never a sad day with Mary. She played the game of life well, served many an ace, vollyed with the best, and ended the match with courage and grace. Thank you, Mary for allowing me to witness your game.
Sherry
October 9, 2015
I was so lucky to know Mary and Edith. Mary was a remarkable person. She left this world a better place for having lived in it.
Colleen Sacks
October 8, 2015
On behalf of all Mary's friends at Fit After Fifty, We are sending you our condolences. Mary and her sweet smile will be missed.
Fit after Fifty
October 8, 2015
My deepest condolences to the family. May you find comfort through this grievous time. (Psalms 145:18,19)
Endya
October 7, 2015
Dear Edith,
I am so sorry to hear that Mary has passed on. She was always so sweet and I am richer for knowing her. Deepest sympathy,
Helen Haaga
October 7, 2015
Showing 1 - 7 of 7 results