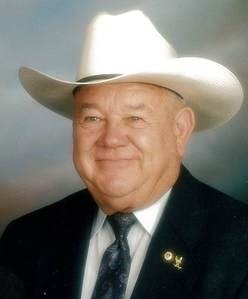 Bobby Riggs, 85, of Bryan, former Brazos County Sheriff, Former Bryan Police Department Lieutenant, passed away on Wednesday, October 7, 2020, in Bryan. Visitation will begin at 2 pm, Sunday, October 11, 2020, at the funeral home. Life Tribute Celebration service will be at 1 pm, Monday, October 12, 2020, at the funeral home. Interment will immediately follow in Bryan City Cemetery where he will be laid to rest near his son, Bobby Allen Riggs. Officiating the service are both Brother Henry Stovall and Brother Loren Johnson, of Trinity Baptist Church. As a precautionary family and friends are required to wear mask for all services. Services are in the care of Callaway-Jones Funeral and Cremation Centers, Bryan-College Station.

Bobby was a lifelong Brazos County resident who was born on November 18, 1934, to Fredrick and Mary Hayes Riggs. He attended the Bryan Public Schools in his earlier years. He married Frances Brewer 64 years ago on October 11, 1956, in Bryan. Bobby was a dedicated man to all endeavors he pursued. First, he provided for his family and shared his faith with them and friends. Bobby possessed a true servant's heart from his childhood all through his adult life by serving others. He was a Deacon of Trinity Baptist Church, where he served as Treasurer for 30 years. He was a member of the Bryan Noon Lyons' Club. Bobby gave from his heart while helping build Habit for Humanity Homes. His favorite spot to vacation with his family and friends was forever Branson, Missouri.

Bobby joined the Bryan Police Department in 1956. Bobby would see the department grown over the span of 34 years. He was instrumental in helping create a police department that has won many service recognitions. He was elected Brazos County Sheriff in 1992. He served one term as Sheriff but gave his all to Brazos County, with integrity, and honesty.

His parents Fredrick and Mary; Bobby Allen and Jerry Brewer; all precede him in death.

Serving as pallbearers for former Sheriff Bobby Riggs, honoring a great Peace Officer of the Law, are members of the various Law Enforcement Agencies of Brazos County and the Brazos Valley.

In lieu of flowers memorial donations are asked to begiven to either Trinity Baptist Church Building Fund or Traditions Hospice – CS. 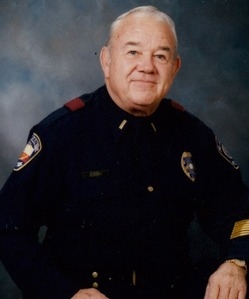 To plant trees in memory, please visit our Sympathy Store.
Published by The Bryan-College Station Eagle on Oct. 11, 2020.
MEMORIAL EVENTS
Oct
11
Visitation
2:00p.m.
Callaway-Jones Funeral Home
3001 South College, Bryan, TX 77801
Oct
12
Service
1:00p.m.
Callaway-Jones Funeral Home
3001 South College, Bryan, TX 77801
Funeral services provided by:
Callaway-Jones Funeral Home
GUEST BOOK
12 Entries
I remember going to church with y'all... I may not have been the brightest kid then but Pawpaw was amazing and almost perfect in every why..... Francis - Your strong and an amazing person Logan - I love you buddy... Just remember he fought
Anonymous
October 15, 2020
SO SORRY FOR YOUR LOSS. Your dad was such a kind soul.
KEVIN & KATHY
October 12, 2020
GOD be with you all , my deepest sympathy to you all . Bobby was the most GOD Fearing , Caring , Full of Love and integrity Man I have ever know -
Sheila Brewer Staats
October 11, 2020
I am so sorry for your loss. Bobby was a kind and gentle soul and he will be missed greatly. My prayers are with you during this time.
Mary Huey
October 11, 2020
My condolences to the family. I remember Bobby from childhood, he was a Godly man who always had a smile. I know we will meet in heaven again. Blessing to the family from the Huneycutt girls.
October 10, 2020
Francis I am so sorry to hear of Bobby passing...let me k now if anything I can do for you..
Carol Brinkman
October 10, 2020
Please accept our sincere condolences. Mr Bobby will be deeply missed by everyone that knew him.
Joy Palmer
October 10, 2020
So sorry for your lose ! Frances Blessing to you and family
Evelyn & Carolyn Feldman
October 10, 2020
R.I.P Bobby Riggs
Carolyn Lane
October 9, 2020
My Prayers and condolences to Family and Friends during this sad and difficult time. Bobby and his wife Frances are long time members of our Church. I know he will be greatly missed by all. My heart goes out to everyone. I know Bobby will still be in Church in Spirit, always. May you rest in Peace=O<û
Vicky Scheffler
October 9, 2020
Sure will miss this dear one I know that Bobby's full of joy as he met our Saviour and Lord yesterday may God continue to comfort his family in this difficult time
Glenna Martinez
October 9, 2020
Sheriff Riggs was an outstanding man and will be greatly missed. Prayers for all the family.
Kenny Elliott
October 9, 2020