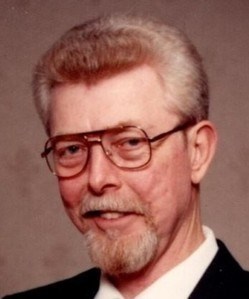 Bruce was born in Hibbing, Minnesota to Bette Ann Brolin and William Alexander Smith. The family moved to Oregon where his Dad was in college; then California and finally College Station when he was three. He became an altar boy at Our Savior's Lutheran Church in College Station.

In 1962, he made First Class Scout. In 1967, he graduated from A&M Consolidated High School. After graduating from A&M Consolidated High School, he took general education courses at Blinn Jr. College, and Business Administration courses at Sam Houston University. He received an Associate Degree from the Institute of Electronic Science at TAMU. In 1974, he received from the Federal Communications Commission his Radio Telephone 3rd Class Operator Permit.

Employment: Bruce was an experienced Administrator proficient in training and managing technicians and geographically dispersed technical vendors performing client network installation and software setup. He was recognized for designing training courses and teaching employees and customers troubleshooting and equipment usage. Proven technical writing skills including procedures for quality assurance, provided technical phone support, installed and maintained analytical equipment, and installed sand detection equipment on and off shore on oil and gas wells; two of which were Stratford A in Norway and another on the Ivory Coast, South Africa.

After marrying his second wife, Jane, in 1981, they became active members of West Oaks Baptist Church for 28 years, until his health deteriorated. He taught Sunday School, and Jane played the piano. He received a Certificate of Appreciation from Navigators for his support. After Hurricane Katrina hit New Orleans on August 29, 2005, he traveled with the church to Slidell, Louisiana to minister to Immanuel Baptist Church in the late evening. His son, who was already living in New Orleans, also joined in the group and helped with the wiring the church. The group ministered to the congregation, by simply doing repairs and clearing trash and debris and trying to provide comfort where needed. He said it was one of his most memorable times.

He is survived by his wife of almost 40 years, Jane Ann Theis Smith. He is also survived by his younger brother Edwin Robert James Smith of Tabor, TX; and sister Denise Kristene Bengs, Rogers, Arkansas. From a previous marriage, he was blessed with two children: Sara Nicole Smith Riley - Corpus Christi, TX; James Alexander Smith – Louisiana. Sara also blessed him with one grandchild: Brennan Thomas Riley. He had numerous nieces and nephews.

The family would like to thank Traditions Hospice for their sweet and loving care of Bruce in the last 1-1/2 yrs. In lieu of flowers, donations may be made to HOPE Evangelical Free Church, the Multiple Sclerosis Foundation, or a charity of your choice.

To plant trees in memory, please visit our Sympathy Store.
Published by The Bryan-College Station Eagle on Jul. 14, 2021.
MEMORIAL EVENTS
Jul
16
Visitation
10:00a.m.
Hope Evangelical Church
, TX
Jul
16
Service
11:00a.m.
Hope Evangelical Church
, TX
Funeral services provided by:
Callaway-Jones Funeral Home
MAKE A DONATION
Please consider a donation as requested by the family.
MEMORIES & CONDOLENCES
Sponsored by Callaway-Jones Funeral Home.
4 Entries
Sorry to hear about Bruce. God´s timing isn´t our timing. He was a joy to work with at AMS many years ago.
Tammy Alexander
Work
July 16, 2021
Lowell and I are so sorry to hear about Bruce. We will never forget our trip to the Camen Island with you. Praying for you Love, Prissy
Priscilla WRIGHT
Friend
July 14, 2021
Jane, I am so sorry for your loss. I saw how much you loved Bruce. No words can offer you peace at this time. However, I know my Savior is capable of anything if we ask in His name. Therefore, I ask Jesus to provide comfort and peace. If not today, soon. Keep looking towards Him.
Brandy Lloyd
Other
July 14, 2021
Jane, I am so sorry to hear about Bruce´s passing. What a great guy. Always so pleasant and friendly. Really appreciated his friendship and help while I worked at AMS. Peg and my prayers are with you.
Bruce Parker
Friend
July 10, 2021
Showing 1 - 4 of 4 results