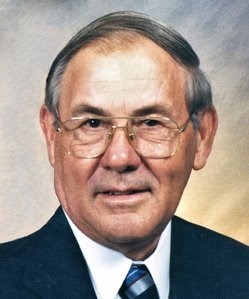 Funeral service will be held at 2:30 pm Saturday, September 26th at Memorial Funeral Chapel in Bryan. Visitation will be one hour prior to service time. Interment will be held at Smetana Cemetery.

Bob was born October 20, 1931 in Bryan the son of Henry and Agnes (Hebron) Maly. He proudly served three years in the U.S. Army during the Korean War. After returning home from the Army, Bob became a butcher and then finished his working years and retired a postman from the Bryan U.S. Postal service.

Bob was a devoted family man, and loved spending time with his family. He was married to his sweetheart Rosie, for 65 years. He enjoyed gardening and being outside in nature. After retirement, Bob and Rosie did a fair share of traveling. He was a member of St. Joseph Catholic Church and the American Legion Earl Graham Post 159.

Bob is preceded in death by his parents; and his brother, Ronald and Donald Maly.